GERMANY and France look poised to approve the AstraZeneca jab for the over 65s just days after Angela Merkel said she was too old to have it.

Both countries now seem likely to perform an embarrassing U-turn by changing their stance on the vaccine despite at first refusing to give it to older people.

Officials in Germany previously raised doubts about it effectiveness amid reports – rubbished by AstraZeneca – that it was just eight per cent effective at protecting those in older age groups.

The Sun Online then told how both countries vaccination programmes had been thrown into chaos as thousands refused to have the jab after their leaders questioned its effectiveness.

Scaremongering by European politicians, including French president Emmanuel Macron, led to a low uptake leaving many countries lagging well behind the UK.

Now in an apparent bid to catch-up, both France and Germany look set to change direction.

Thomas Mertens, the head of the Germany’s vaccine committee, revealed it would would “very soon” update its recommendation on the jab.

Mertens then added it was “possible” the vaccine could also be cleared for seniors.

He said the change of heart was in response to new data from a study which showed the AstraZeneca jab’s use massively reduced hospital admissions.

On Thursday, we told how Angela Merkel had said she would not take the vaccine because she is too old, despite begging Germans to take the jab.

The German chancellor, 66, was asked if she would take the jab to set an example to a country where many are refusing and 1.2million of the shots are lying unused in storage.

But Merkel told FAZ that she was not eligible because German regulators have restricted the jab to under-65s.

“In addition to the particularly vulnerable and elderly, I think it is correct to first invite population groups who cannot keep a distance in their jobs to be vaccinated,” she said.

“A daycare educator, a primary school teacher cannot do that. These are the people who should get a turn before someone like me.”

ATTACK OF THE VAPERS

The chancellor said she is able to keep her distance at work and does not want to be vaccinated until it is her turn, according to the recommended prioritisation by the Standing Committee on Vaccination.

The AstraZeneca jab – together with the Pfizer vaccine – has been used with great success in the UK to bring increasingly widespread protection to the population against Covid-19.

On Friday more than 500,000 people were inoculated, bringing the total to almost 30 per cent of the adult population and is now helping to bring dramatic reductions to numbers of Covid deaths and hospitalisations. 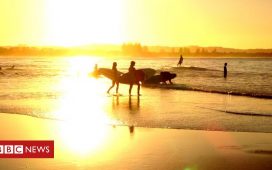 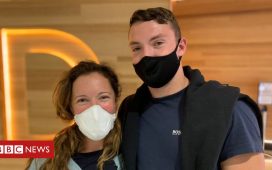