German police and politicians have been accused of inadequate planning after outbreaks of far-right violence rocked the east of the country.

As rightwing extremists planned a third demonstration later on Tuesday, scenes in Chemnitz – in which mobs hunted foreigners through the city streets – were described as reminiscent of civil war and Nazi pogroms.

The premier of the state of Saxony, Michael Kretschmer, said it was “tasteless and upsetting” to see how the far right had capitalised on the murder of a Chemnitz man who was allegedly stabbed by two foreign men. He called on Chemnitzers to “stand by our foreign fellow citizens”.

The interior minister for Saxony, Roland Wöller, described the violence as having “a new dimension of escalation”.

Security experts said there was evidence the rioters had been mobilised from different groups around the country, and probably elsewhere in Europe.

The Alternative für Deutschland (AfD) party appeared to be revelling in the sense of panic and xenophobia triggered by the stabbing. In a tweet, one leading AfD MP encouraged people to defend themselves on the streets.

A 23-year-old Syrian man and a 22-year-old Iraqi man have been held in police custody in connection with the murder of a 35-year-old man named only as Daniel H.

The rioting began on Sunday evening after an apparent altercation between two groups of men at a street party to celebrate Chemnitz’s 875th anniversary. The death of Daniel H prompted a range of far-right groups to quickly mobilise their supporters to gather in the city.

In the attacks that followed, the injured included a Syrian, a Bulgarian and an Afghani. The xenophobic demonstrations escalated on Monday evening, when about 3,000 rightwing extremists clashed with leftwing counter protesters in Chemnitz city centre. There were at least 10 reports of protesters using Hitler salutes. At least 18 people were injured, some seriously, as objects including cobble stones, fireworks and other pyrotechnic devices were thrown. Police struggled to keep the rioters apart.

The ugly scenes of mostly white men hurling abuse at people they deemed to be foreigners, have deeply alarmed Germany. Angela Merkel, whose open door policy towards refugees in the summer of 2015 made her a hate figure for the far-right, condemned the rioters on Tuesday. “What we have seen is something which has no place in a constitutional democracy,” she told reporters. “We have video recordings of [people] hunting down others, of unruly assemblies, and hate in the streets, and that has nothing to do with our constitutional state.”

Police have admitted they were inadequately prepared for the riots on both occasions and had underestimated the numbers that would turn up, saying they did not have the resources to adequately monitor social media.

As the AfD quickly weighed in, one of its prominent members, Markus Frohnmaier, tweeted: “It is a citizen’s right to halt lethal knife migration.”

Another leading member, André Poggenburg, wrote on Twitter that the “mood had tipped”, and a “sense of self-defence is hanging in the air”. Opponents accused the party of exploiting the events, and of having contributed to making vigilante action on German streets socially acceptable.

Saxony faces an election next year, in which the AfD would be expected to make considerable gains on the ruling Christian Democrats (CDU) of Merkel, with some even predicting an AfD takeover.

Police in Dresden said they were braced for demonstrators who were due to gather in front of the state parliament on Tuesday afternoon.

Some journalists covering the riots have withdrawn due to safety concerns. Many have turned up wearing stab protection vests and gloves with security teams to protect them.

Few details of the stabbing victim have been released, but it has been reported that he was a carpenter who was popular with his colleagues and married with two children. On his Facebook page, according to one German newspaper, Daniel H had expressed his opposition to the AfD and referred to neo-Nazis as “bonkers”.

The interior minister, Horst Seehofer, has yet to comment directly on the events, for which he has received widespread criticism.

Konstantin von Notz, the Green party’s domestic security expert, said Seehofer’s silence was “scandalous” and accused him of helping to fuel the xenophobic mood with his anti-immigrant stance.

“With his comments about a ‘rule of injustice’ during the refugee crisis, he helped create the legitimate base for a rightwing mob that believes it must take justice into its own hands,” Von Notz said.

The foreign minister, Heiko Maas, pledged to hunt down the lawbreakers and said he feared the damage pictures of the riots would do to Germany’s reputation.

“What happened in Chemnitz is intolerable,” he said. “It’s not a good picture that is being presented … Most people who live in this country want a country that is open to the world and tolerant, in which people treat each other with respect.”

The police have also been criticised for failing to make arrests after numerous reports of Hitler salutes being made, a gesture that is illegal in Germany. A police spokesman said a combination of inadequate police numbers and a desire not to escalate an already tense situation had forced them to hold back. 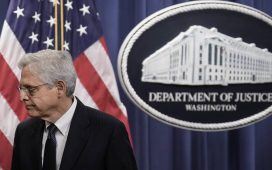 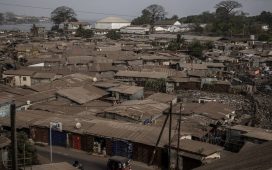 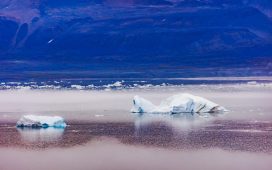 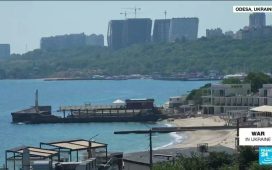 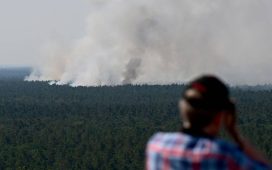