Germany’s health minister has said the country is “very far” from returning to normality after the daily death toll from Covid-19 reached a new high of more than 1,100.

The Robert Koch Institute (RKI), the government’s disease control agency, reported 1,129 deaths in the previous 24 hours, as medics and epidemiologists said the virus was in danger of spiralling out of control in the country.

Jens Spahn, the health minister, said vaccination was “the key out of this pandemic” and urged Germans to be patient, saying he could not yet see “how we can return to the way of life before the lockdown”.

Lothar Wieler, the head of the RKI, said the record daily death toll – bringing the overall figure to more than 32,000 – was probably due in part to delayed reporting of statistics over the Christmas holidays but was still extremely high. The vast majority of deaths were occurring not in hospitals but in care homes, he said.

More than a quarter of Germany’s ICU beds, or 5,642, are occupied by coronavirus patients, and 3,078 of these patients are on ventilators. There are just over 4,700 unoccupied ICU beds and almost 11,000 in reserve. However, medical staff are said to be working at capacity.

By Wednesday lunchtime about 78,000 Germans had received a vaccination. Spahn said the country was on track to administer 1.3m doses of the BioNTech/Pfizer vaccine by the end of the year and 1.5m to 2m doses of the Moderna vaccine, which is expected to be approved in the EU next week, in the first quarter of 2021. The Oxford/AstraZeneca vaccine is still awaiting approval.

Under pressure to explain bottlenecks and delays in Germany’s vaccine programme, Spahn said supplies were inevitably scarce throughout the world at the start of the rollout but he expected a rapid increase as vaccine producers such as BioNTech – which is due to open a new factory in February – upped production over the coming weeks.

Spahn said Matt Hancock, the UK health secretary, had told him in a phone call on Wednesday morning that he expected Britain to have achieved herd immunity through its vaccination programme by the spring.

Spahn said he had been bombarded with complaints from citizens by letter and email over Germany’s decision to “take a European approach” to allow the EU’s 27 members equal access to the vaccine. “People have said: ‘This is a German vaccine, why can’t we have it first?’” he said, referring to the work of the Mainz-based BioNTech.

But he defended the decision made in June “to say it was not about each to his own but all of us together”. As a result, he said, “last Sunday, when vaccination began in Germany, it also started in Croatia, Bulgaria, Lithuania and Portugal … in contrast to when a new medicine usually comes on the market and it is available in Germany immediately but can take years for it to be available in other countries. We said we didn’t want this [with the vaccine].”

Germany is under lockdown with the closure of all but non-essential shops along with schools and nurseries until 10 January, and this is expected to be extended. A meeting between Angela Merkel and the leaders of Germany’s 16 states on 5 January is expected to decide on the terms of an extension.

Helge Braun, the chancellor’s chief of staff, said a data backlog as a result of the Christmas break, as well as the fact that the lockdown would not have been in place long enough by next week to evaluate its efficacy, meant that an extension was the only option, possibly until March.

While the majority of Germans appear to have stuck to advice to have a low-key Christmas, reducing their contacts and travel to a minimum, politicians have voiced concern over New Year’s Eve celebrations. These are usually very public and rowdy, involving a large number of fireworks displays on streets and squares.

Although firework sales have been banned and many public areas declared out of bounds, police chiefs have said they expect large numbers of groups to gather. There is anecdotal evidence of pyrotechnics being purchased by Germans in neighbouring Poland.

“I’m really very concerned about celebrations due to take place at the new year. This must be urgently prevented,” Tobias Hans, the leader of the state of Saarland, told the broadcaster RTL.

Spahn said it would be “the quietest new year that Germany can remember”.

An independent Scotland could turn to Denmark for inspiration | Ian Jack 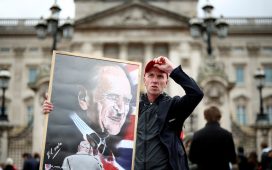 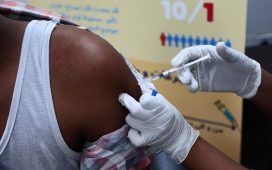 Could waiving the patents of Covid-19's vaccines save the world?

‘It’s a day off’: wiretaps show Mediterranean migrants were left to die