Roy Keane’s reputation as one of the most respected…and feared midfielders of his generation was one that he built meticulously over his near 20-year playing career.

And it wasn’t just a show for the Manchester United legend, who played a key role as Sir Alex Ferguson’s enforcer, both on the pitch and in the dressing room.

If any of his teammates were in trouble, the Irishman was usually first on the scene.

That didn’t stop him hammering those in the home dressing room, when he felt standards weren’t being met.

Gerard Pique was one that received such a reaction, when he got an ear bashing for a fairly innocuous indiscretion.

“One of my very first matches at Old Trafford, we were in the dressing room getting ready, and I was nervous as hell,” he told The Players’ Tribune in 2018.

“Imagine it – I’m 18 years old, and I’m sitting in that little dressing room putting on my socks next to Ruud van Nistelrooy, Ryan Giggs and Rio Ferdinand. I wanted to be invisible. I was thinking, ‘Just do your job and go unnoticed’.

“So we’re sitting there waiting for the gaffer (Sir Alex Ferguson) to come in and speak to us, and I’m literally sitting right next to Roy Keane.

“The dressing room is so small that our legs are almost touching. There’s no space at all. It’s dead quiet. All of a sudden, you could hear this little vibration. Very soft. Roy is looking around the room.

“I realise it’s me. It’s my cell phone. I left it on vibrate, and it’s in the pocket of my pants, stuffed in the clothes bag that’s hanging right behind Roy’s head. Roy can’t find where the noise is coming from. Now he’s looking around the room like a maniac.

“Roy lost his mind! He went nuts in front of everybody! It was incredible. I almost s*** myself. But it was a good lesson.”

However, there is clearly no lasting ill-feeling towards the now Barcelona legend, who Keane describes as one of the best around.

“Gerard Pique was a good lad and a good player,” he wrote in his 2014 autobiography. “ But he wasn’t getting a run in the team and wanted to go back to Barcelona. He’s done all right there!

“I don’t think anyne could have predicted just how much he’d achieve. This theory that he isn’t a good defener – he’s one of the best.” 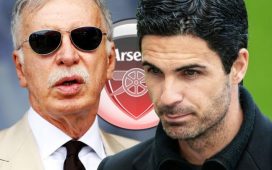 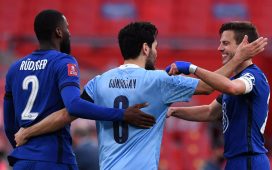 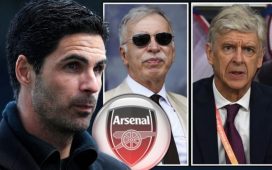