The last time Eva Bellamy voted, Barack Obama was on the ballot.

Bellamy, 40, was a little embarrassed to share that as she stood outside a church in Smyrna, just outside Atlanta, where she cast her vote on Tuesday.

“My business colleagues, they’re like ‘Did you vote?’ I’m not a good liar. I was like ‘You know what, they’re right. That’s God talking to me and saying ‘Hey you want me to do my part, I need you guys to do your part’,” she said. “I think it’s just important now with everything that’s going on in our country.”

At the First Baptist Church of Smyrna, where Bellamy voted, there were several voters who were still coming in to vote around 4.30pm, but no line to cast a ballot. Smyrna is in Cobb county, a swing area that will help determine the winner of the US senate runoff.

Caroline Magnum, 23, another voter, said she was surprised a Democratic presidential candidate had won in Georgia in November and it was energizing for the runoff.

“Everyone is really excited. Especially like because Georgia is not really a state that I think people feel like if they vote blue they’re going to get heard until now. So it’s really exciting ‘Oh my god I can actually come out here and make a difference’,” Magnum said.

Alex Ayala, 30, said she had been bombarded with ads for Jon Ossoff, one of the Democratic candidates in the runoff, on Hulu. “If you have Hulu with the ads, every commercial is like Jon Ossoff or Raphael Warnock,” she said. She later added she hoped Ossoff and Warnock would win Tuesday, saying the $600 Covid stimulus Republicans passed didn’t offer meaningful help for people struggling.

Even though Democrats have flipped Cobb county in recent years, Ayala said it was difficult to say whether her community was changing.

“The only thing that I’ve seen consistently is that I think that regarding law enforcement, I definitely think there’s a racial divide. I think at some point it’s always going to be like that,” she said.

READ  'Not Disneyland': Dutch hit back at 'over-tourism'
Share on FacebookShare on TwitterShare on PinterestShare on Reddit
newscabalJanuary 6, 2021 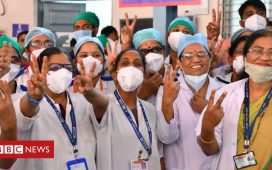 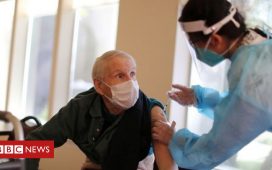 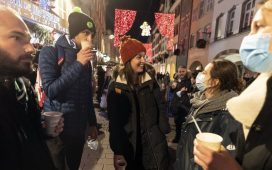