The Environment Secretary’s move could mean a levy being put on burgers from polluting mega-farms in Australia.

Mr Eustice has been locked in a bitter battle with International Trade Secretary Liz Truss over the phasing out of meat tariffs on imports from Oz in the looming major trade deal.

But he said the meat tax could help protect British farmers from cheap imports.

His comments sparked fears he is plotting to sneak tariffs in by the back door and caused a backlash from some of his colleagues.

One government source warned it will hit consumers while doing absolutely nothing to protect the planet.

Mr Eustice told the BBC Radio 4 Today Programme that Britain is among “a lot of” countries looking at measuring the “consumption” of carbon emissions rather than just how much a country produces.

He added: “So you measure the carbon of the food and other goods that you import — not just what your emissions are.

“Then, some kind of carbon border adjustment tax, to recognise those countries that are falling behind on environmental standards, is the sort of thing which becomes possible.”

But one government source fumed: “At this stage, all it would do is hurt consumers.

“Carbon taxes only work if other nations have them too, otherwise all it amounts to is protectionism and limits consumer choice, possibly raising the cost of food too.

Over 15,000 turn up for jabs at Twickenham with queues ‘longer than Glasto’

“Ironically, it does nothing to help the environment because countries will just send their food elsewhere.”

Boris Johnson is said to be considering proposals for a carbon border tax to protect British firms from competitors in polluting countries such as China.

Environment Secretary George Eustice says local lockdowns are ‘an option’, but preference is to ‘double down’ and get vaccination rates up 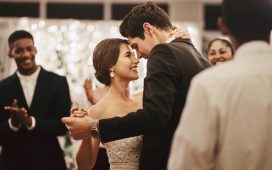 Wedding loophole chaos as couples face £10,000 fines for not filling out risk forms 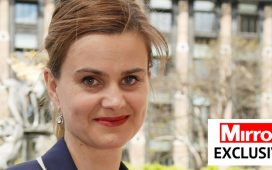 Labour’s policy review to focus on jobs, families and security 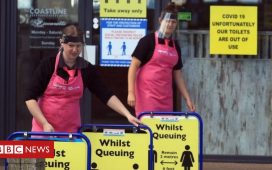