One of the strangest games you’ll ever play is both a surreal journey through the history of the universe and a classic noir tale of doomed love.

If Genesis Noir had been released just a couple of years ago, we’d assume that it would’ve ended up being played by almost no-one; at best turning up in a few end of year best of lists, as the wild card entry no one has ever heard of. But thanks to Game Pass that will hopefully not be its fate. Genesis Noir is certainly not a game for everyone but everyone that has a Game Pass subscription can give it a go for no extra cost and find out for themselves.

There are lots of very reasonable questions hanging over Game Pass, in terms of its sustainability and the pressures it puts on publishers and developers, in terms of the kinds of games that are likely to do well on it. None of these questions have an answer yet but the best case scenario would be that it increases the viability of experimental games such as Genesis Noir, since Microsoft will always be hungry for more high quality content no matter what it is.

What Genesis Noir is though, is a difficult thing to answer. In terms of genre it could vaguely be described as a point ‘n’ click adventure, although the parts where that’s most obviously true are generally the worst part of the game – given how awkward moving a cursor around the screen tends to be with a gamepad. As such it’s probably best to start with the story, which is about one man’s attempts to save his love and… the creation of the universe.

Genesis Noir constantly teeters on the edge of pretension but while its message is at first hard to discern it does have something genuinely profound to say about the human condition. After a brief preamble about the origins of life, the game begins with your noirish protagonist, complete with stylish hat and long overcoat, exploring what seems to be 1950s New York. As such, the wonderfully unique artwork and stylised animation are the perfect means to draw players in, while the game slowly unravels its true purpose.

The catalyst for the game’s plot is fairly straightforward, as you visit the apartment of a jazz singer named Miss Mass, who has given you her number, only to arrive just as she is about to be shot by one of her fellow musicians. Saving her from her fate is no easy task, to put things mildly, and quickly evolves into a reality-bending journey through the entire history of human existence.

Despite the cosmic themes, the noir tone is maintained throughout, not only via the wonderful jazz soundtrack but the background of grimy city streets and shady looking speakeasies. There’s very little dialogue though and instead everything is inferred through animation and metaphor, as you journey through discreet sections that explore the deadly love triangle of the opening on both a literal and meta level.

Although some sequences require so little input from you it can become confusing as to whether you’re actually controlling the character or not, Genesis Noir does have plenty of traditional gameplay. Unlike the Telltale style of modern graphic adventure there are actual proper puzzles to solve, many of which can be fairly opaque given the lack of handholding or explanation.

The gameplay ranges from the surreal, such as planting magic seeds to feed on beams of light, to the more down-to-earth, such as a wonderfully orchestrated rhythm action sequence with a jazz bassist, but somehow it all manages to make sense in context. Some of the puzzles can get a bit too obscure, but the game’s subtle signposting is usually enough to ensure you’re not suck for too long. It’s also a tribute to just how engaging the story becomes that what might seem like surreal nonsense to an outsider observer makes perfect sense while you’re interacting with it.

The would-be assassination of Miss Mass is characterised as your personal Big Bang and the holistic investigation of the events leading up to it makes the parallels to the creation of the universe somehow seem perfectly reasonable. It’s all the more impressive because Genesis Noir is grounded in real science, as it charts the history of existence from its first sparks all the way through to the Big Crunch. At which point it becomes clear that the question the game is really asking is not how does the universe begin or end but why does it matter?

The context is always brought back to the fate of Miss Mass, with a fantastic finale that, almost impossibly, manages to make complete sense of all that has gone before. As the various themes and story elements begin to coalesce you realise the game is essentially an anti-Lovecraftian tale, of retaining hope in the face of an uncaring universe, and that what at first seemed like surreal indulgence is actually making a serious point.

We can only assume the game was originally designed for PC, and more specifically a mouse, but it’s a shame that the gamepad controls are so unsatisfying, especially when it’s clear that the game is trying to be as tactile as possible with some of its puzzles. Unlike a lot of narrative based games Genesis Noir does not view the idea of being interactive as an impediment to telling its story but a vital component and it’s a pity that’s the least polished aspect of the game.

You could also argue that maybe the game could do with losing an hour of its roughly five hour running time, as there’s some bloat in the middle third, but given what developer Feral Cat Den is trying to accomplish, and how stylishly it goes about it, this is a real triumph.

Unique, ambitious, profound, and emotional, Genesis Noir is a work of passion, whose own reasons for existence are purely artistic rather than commercial. Other video games with similar priorities tend to suffer from very low budget presentation but Genesis Noir is a treat for all the senses and one of the best games of the year so far.

In Short: A unique blend of visuals, music, gameplay, and heady story themes combine in one of the most artistically daring video games of recent years.

Cons: The point ‘n’ click controls do not work well with a gamepad. Some of the puzzles are a little too obscure and runtime could’ve been trimmed down slightly. 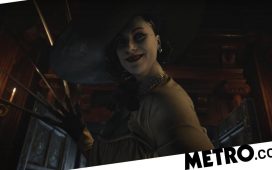 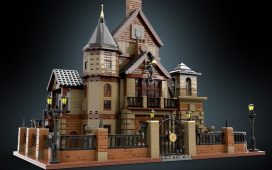 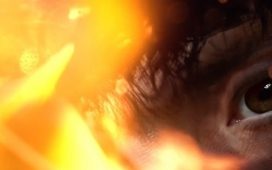 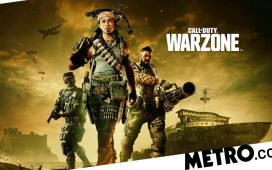 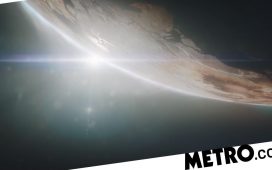 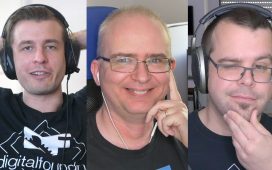