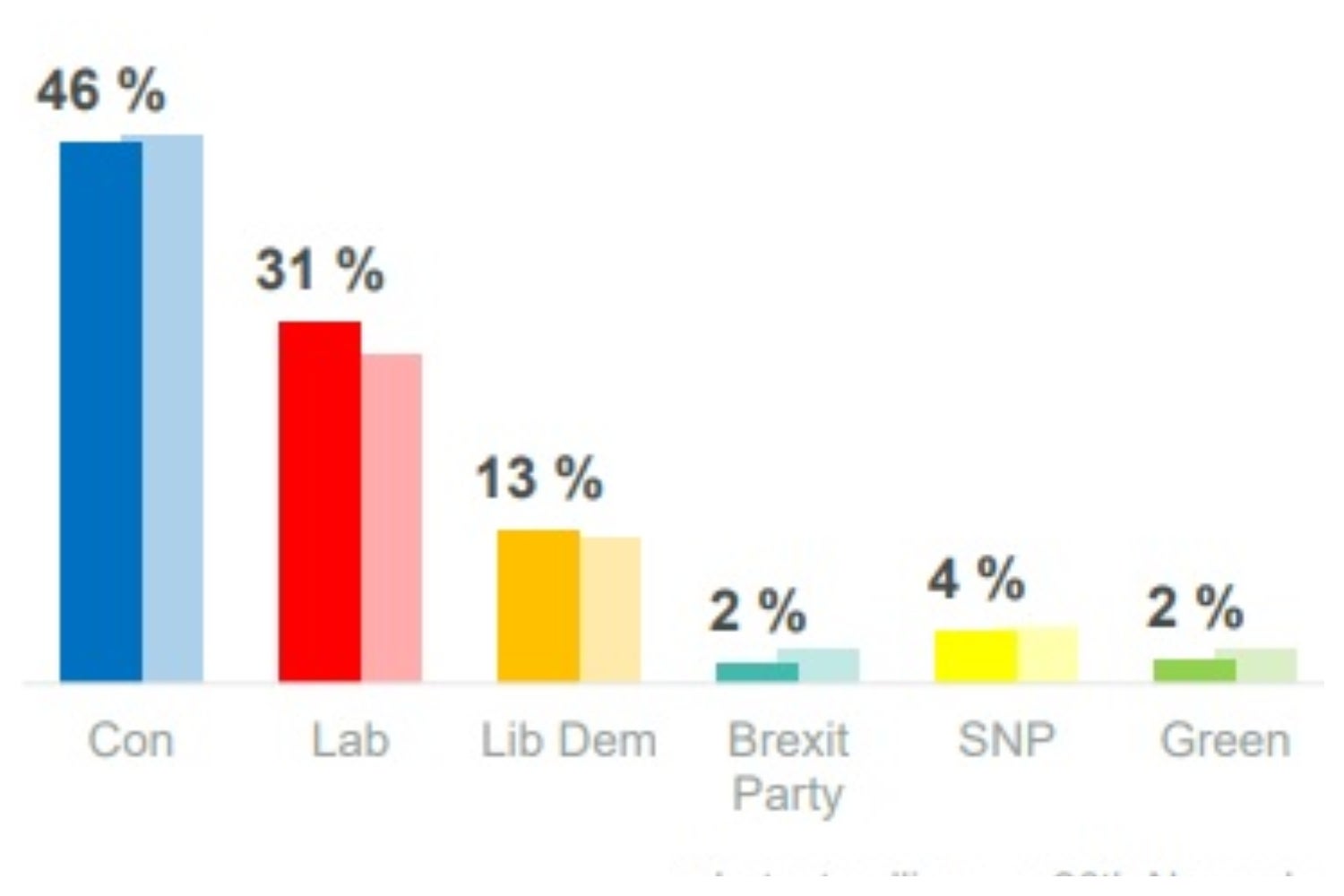 The Conservative Party’s lead over Labour has dropped slightly with less than two weeks to the General Election, polling shows.

The Tories have experienced a drop of one point to 46per cent, while Labour has gained three points to 31 per cent, according to a survey of 2,003 UK adults between Wednesday and Friday by Opinium Research.

It comes after a powerful YouGov poll for The Times this week suggested the Tories are on course for a majority of 68, with Labour’s support interpreted as crumbling in Leave-backing seats.

The Opinium poll found as many as one in seven voters (16 per cent) was not sure who to vote for.

The poll found the Leave vote continues to coalesce behind the Tories, with the party holding 76 per cent of the Leave vote share, up one point from last week.

Labour has seen a small increase in the last week, gaining three points to hold 14 per cent of the Leave vote share.

Meanwhile, the Brexit Party is down three points to an all-time low for the party of 3 per cent of the Leave vote share.

Labour continues to slowly gain more of the Remain vote, up one point to 47 per cent.

However, the Remain vote still shows no sign of decisively uniting behind one party, with the Liberal Democrats holding onto a quarter (25 per cent) of the Remain vote.

The poll found little has changed in the past week on perceptions of who would make the best prime minister.

Mr Johnson is up one point to 36 per cent, while Jeremy Corbyn remains at 19 per cent.

The poll suggests the public has become a little more polarised over the past week, as public satisfaction with Mr Johnson has increased three points since last week’s poll to 30 per cent – while preference for Mr Corbyn has also increased slightly by two points.

Priya Minhas, research manager at Opinium, said: “There are signs of Labour gaining some momentum, with a slight uplift in support among Leave voters.

“While Brexit is still the key issue people are most likely to base their vote on, this has dropped in importance since the start of the campaign, with the NHS and health becoming more prominent as a deciding factor.

“This favours Labour as they are trusted more on this issue.”