General Election: How the Labour, Tory and Lib Dem manifestos compare on policy


All the major parties have now released their general election manifestos.

The Tories, Labour and the Lib Dems have unveiled their election blueprints – complete with policy platforms, spending plans and pledges.

Voters throughout England and Wales will be asked to choose between them in less than three weeks’ time.

Labour’s manifesto was hailed as a radical programme for changing the way the country works.

The Lib Dem programme had abandoning Brexit at its core.

And Boris Johnson said his party’s manifesto was policy-lite and risk averse.

But what are the differences between the three parties and the vision they are looking to sell?

Here is a look of what they are promising and where their key differences are.

Tories: Leave the European Union with Boris Johnson’s Withdrawal Agreement by January 31 and complete free trade discussions by the close of 2020.

Labour: Renegotiate exit terms with Brussels that include a customs union and access to the single market by March before putting the deal to a public vote within six months of the election.

Tories: Freeze the three major taxes – income tax, VAT and national insurance – while abandoning a plan to lower corporation tax from 19% to 17% in a move saving £6 billion.

Labour: Tax rises for big businesses in the form of a five-point rise in corporation tax and increases in the rate of tax for those earning more than £80,000 in a bid to rake in £83 billion. David Cameron’s marriage tax allowance would cease.

Tories: A promise of an additional £34 billion in cash terms (including inflation) for the NHS to spend annually by 2024. They would add 50,000 new nurses and bring back their maintenance grant. Another 50 million more GP appointments, end hospital parking charges for millions of people and commit to an additional £1 billion per year for social care.

Labour: A commitment to £40 billion extra in cash terms for the NHS by 2024, free annual dental care check-ups, free social care for all elderly people. The party had already announced return of nurse training bursaries and the end of hospital parking charges.

Lib Dems: Plan to raise £7 billion a year extra by putting a penny on income tax, with the money to be spent on the NHS and social care, treating mental health the same as physical health, and reforming the Health and Social Care Act to make the NHS work in a more joined up way.

Tories: Pledge to increase spending in England by £7.1 billion by 2022/23, raising teacher starting salaries to £30,000, roll out more free schools and stand by the academy programme. Head teachers to be given more powers to exclude and bring in stronger discipline.

Labour: Raise spending increase by 2023 to £25 billion, Ofsted and Sats tests at Key Stage 1 and 2 all to be scrapped, the rolling back of academy system for schools, re-invest in technical training. A Sure Start centre in every community to improve early years learning, a vow to get rid of university tuition fees and putting VAT on private school fees.

Tories: A total of £1 billion for childcare providers to increase after-school and holiday provision for working parents. Base line would stay at 15 hours per week free for those aged three to four-years-old.

Labour: Free childcare for all two to four year-olds, with up to 30 hours provided. Paid for through tax rises on wealthiest and big business.

Lib Dems: Free childcare for children from nine months for all working parents. Up to 35 hours per week at a cost of £14.6 billion per year, paid through by corporation tax rise.

Tories: An additional 20,000 police officers after cutting those lost since 2010, moves to double sentences for those who attack emergency services staff, automatic prison sentences for carrying a knife and creating another 10,000 prison places through a £2.75 billion refurbishment and expansion scheme.

Labour: Labour has committed to recruiting 22,000 more police officers and establishing a royal commission established to look at de-criminalising drugs.

Lib Dems: The party says it will invest £1 billion in community policing and creating an extra 2,000 prison officers to reform prisons into places of rehabilitation. Police will see a pay rise of 2% while the role of police and crime commissioners will be binned.

Tories: Continue to roll out Universal Credit , end the benefit freeze and commitment to punishing those guilty of benefit fraud. The triple lock on state pension to be retained.

Labour: Universal Credit, the two-child limit for benefits and the welfare cap all for the cutting floor. A £58 billion compensation package for the Waspi women who lost out when pension age was raised to 66. Triple lock on state pension retained.

Tories: £9.2 billion to improve the energy efficiency of homes, schools and hospitals. Target to have a net-zero carbon economy by 2050. Ban recycling from going overseas.

Labour: Plans for a so-called green industrial revolution’ designed to create one million jobs and 800,000 apprentices in renewable energy in the UK. Stopped short of signing up to net-zero by 2030 pledge but wants “substantial majority” of emissions reduced by then. Introduce a publicly-owned energy company into the market.

Lib Dems: Insulating all of Britain’s homes by 2030, having at least 80% of UK electricity generated from renewables by 2030, banning fracking, planting 60 million trees a year, electrifying Britain’s railways and ensuring all new cars are electric by 2030. £5 billion flood prevention fund would also be made available.

Tories: Build high-speed rail link across the North – dubbed “HS3” – but review the future of HS2, the fast route linking London and Scotland. Promise of £2 billion over four years to eradicate potholes on roads. Heathrow’s third runway to go ahead but on the proviso it meets air pollution limits.

Labour: Commitment to both HS2 and HS3. Take railways into public ownership and allow councils to run their own bus companies.

Lib Dems: Vow to freeze rail fares for commuters and season ticket holders for the course of the parliament. Sign-up to HS2 but block plans to expand Heathrow. 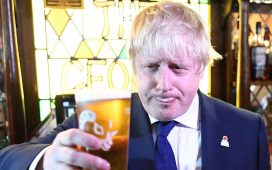 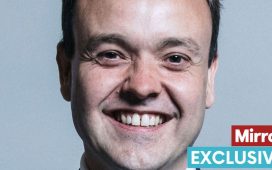 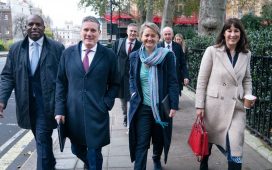