A gene that controls egg development in worms may one day help women prolong their fertility, scientists have said.

A team at the Hebrew University of Jerusalem analysed the DNA of roundworms. Like humans, the animals contain 20,000 genes.

Tests showed the gene ogr-2 controls egg maturation in the worms. Delving further, they discovered a switch, MAPK, that turns egg development on and off.

When ogr-2 was removed via gene-editing technology, MAPK went into ‘overdrive’, with the worms ‘instantly’ becoming less fertile. 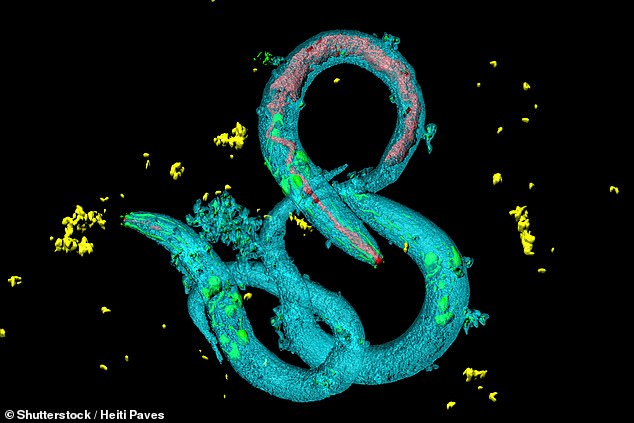 Although early days, the scientists hope an equivalent gene in humans may one day be included in food additives to help women maintain their eggs until they are ready to be used.

Infertility affects around one in six women in the UK, statistics show.

And in the US, one in 10 struggle to get or stay pregnant, according to the Center for Disease Control and Prevention.

HOW DOES CRISPR DNA EDITING WORK?

The CRISPR gene editing technique is being used an increasing amount in health research because it can change the building blocks of the body.

READ  Why you really need a flu shot this year

At a basic level, CRISPR works as a DNA cutting-and-pasting operation.

Technically called CRISPR-Cas9, the process involves sending new strands of DNA and enzymes into organisms to edit their genes.

In humans, genes act as blueprints for many processes and characteristics in the body – they dictate everything from the colour of your eyes and hair to whether or not you have cancer.

The components of CRISPR-Cas9 – the DNA sequence and the enzymes needed to implant it – are often sent into the body on the back of a harmless virus so scientists can control where they go.

Cas9 enzymes can then cut strands of DNA, effectively turning off a gene, or remove sections of DNA to be replaced with the CRISPRs, which are new sections sent in to change the gene and have an effect they have been pre-programmed to produce.

But the process is controversial because it could be used to change babies in the womb – initially to treat diseases – but could lead to a rise in ‘designer babies’ as doctors offer ways to change embryos’ DNA.

A girl’s eggs begin to mature after her first period, which usually occurs between 10 and 15 years old. Over time, these eggs age and lose their quality.

Ageing eggs is one of the main causes of birth defects, miscarriages and infertility, the researchers wrote in the journal Genetics.

This is despite more and more women choosing to delay motherhood in favour of pursuing their careers.

To uncover the mechanisms behind egg ageing, the researchers looked at the roundworm species Caenorhabditis elegans.

As well as containing the same number of genes as humans, the eggs of female worms also mature in around a day, making them easy to study.

After identifying ogr-2 and MAPK, the scientists removed the gene via the gene-editing tool CRISPR.

‘We tested the gene’s role by removing it from the worm’s gene sequence,’ study author Dr Yonatan Tzur said.

‘Instantly, these “edited” worms became less fertile and their eggs more closely resembled those of an older worm.’

The researchers hope to one day ‘gently’ increase the equivalent of ogr-2 in girls via additives. In a press release, the scientists said this may allow girls to maintain the high quality of young eggs until they’re ready to use them.

This could improve an older woman’s chances of having a healthy baby, the team wrote.

IVF enables doctors to select a woman’s healthiest eggs, however, those over 35 still have a ‘harder time’ conceiving.

For women over 42, ‘those chances are close to zero’, the researchers wrote. 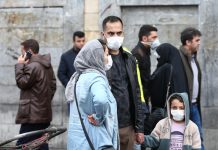