NEWSCABAL
Home » Gavin Williamson: UK is 'a much better country than every single one of them'
science

Gavin Williamson: UK is 'a much better country than every single one of them'


The education secretary, Gavin Williamson, has claimed the UK was the first country in the world to clinically approve a coronavirus vaccine because the country has “much better” scientists than France, Belgium or the US.

Williamson said he was not surprised the UK was the first to roll out the immunisation because “we’re a much better country than every single one of them”.

Asked whether Brexit was to credit for the world-first, Williamson told LBC radio station on Thursday: “Well I just reckon we’ve got the very best people in this country and we’ve obviously got the best medical regulators.

It is unclear whether Williamson made his remarks in jest but they came barely 24 hours after Matt Hancock, the health secretary, said the UK was the first to approve the vaccine “because of Brexit”. He contrasted the UK approach with the “pace of the Europeans, who are moving a little bit more slowly”.

Hancock’s claim was contradicted by both Downing Street and the UK’s medicines regulator. The European Medicines Agency (EMA), which is in charge of approving the vaccine for the European Union, also issued a rare robust statement suggesting that the UK had prioritised speed over winning public confidence so that it could be the first to roll out the jab.

Williamson followed up his claim about the UK having “much better” clinicians than other countries by saying we were “able to get on with things”, a remark which could be seen to be a swipe at the pace of the European approval process.

Asked a second time on LBC whether he meant that Brexit was to credit with the development, the education secretary said: “I think just being able to get on with things, deliver it, and the brilliant people in our medical regulator making it happen means that people in this country are going to be the first country in the western world – in the world – to get that Pfizer vaccine.

“A real competitive advantage. But do you know who it’s down to? It’s down to the brilliant clinicians in the regulator who’ve made it happen so fast, so our thanks go out to them. By doing what they’ve done, they’re going to have saved lives.”

The UK government announcement of the decision said it had taken place under a provision of the Human Medicines Regulations, passed in 2012, which permits the rapid licensing of medicines in the event of an emergency such as a pandemic.

The UK is still under the remit of the EMA until the end of the Brexit transition period on 1 January, and EU laws also allow other member states to approve medicines for emergency use without EMA authorisation

At a government briefing on Wednesday, the head of the UK’s Medicines and Healthcare products Regulatory Authority, which made the decision, cited EU rules. “We have been able to authorise the supply of this vaccine using provisions under European law, which exist until 1 January,” said June Raine, the MHRA’s chief executive. Boris Johnson’s spokesman also pointedly declined to back the health secretary. 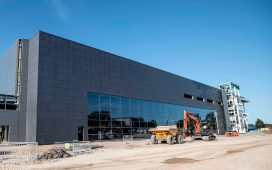