NEWSCABAL > football > Gavin Peacock on journey from QPR, Chelsea and Newcastle to becoming a pastor
football

Gavin Peacock on journey from QPR, Chelsea and Newcastle to becoming a pastor


GAVIN PEACOCK admits he still misses it. The smell of the liniment in the dressing room, the clatter of studs on the floor as the team troops out onto the pitch, the butterflies in the stomach before kick off.

He also misses being a BBC Match of the Day pundit – the electric buzz of appearing live on television with the producers’ words in his earpiece, covering World Cups and European Championships.

This is a man, sitting relaxed, chatting in his home in Calgary, Canada over a FaceTime call, who gave all that up to follow his calling, to become a pastor. Now, he travels the world preaching the word of God.

But there is still a glint in his eye as Peacock, now 53 and a pastor for ten years, talks about his career – more than 600 games for QPR (in two spells), Gillingham, Bournemouth, Newcastle, Chelsea and Charlton, and 137 goals. He reached an FA Cup final and a European Cup Winners Cup semi-final, won promotion under Kevin Keegan at Newcastle, was twice called up for England training squads by coach Terry Venables, but never won a full cap.

He enthuses about playing under Keegan and Glenn Hoddle, his greatest influence after his father, and says: “I do miss football. I grew up in a footballing family – my dad Keith is still a club ambassador at Charlton. He played more than 500 games for them, and was a manager.

“Football’s been in my blood since birth. I played, then worked for the BBC talking about the game, going to World Cups.

JUST IN: Chelsea handed Lukaku boost as Marina Granovskaia has decision to make

“Whenever I go back, I go to all my old clubs. A lot of my friends are still in the game. I watch games on the TV.

”Those memories of that promotion season under Keegan. And playing under Hoddle – I played with some great players – Ruud Gullit, Gianfranco Zola, Roberto Di Matteo – but Hoddle was the best footballing mind of them all.”

But there was always something else in life besides the glamour and money of football for Peacock, who became a Christian at 18, when he was still a youngster at QPR. His new book about his life, “A Greater Glory – from Pitch to Pulpit” is much more than your standard football autobiography.

Again the background of football, this is a book about the complexities of life, as Peacock outlines how his faith influenced his life and his career – and why he gave up a burgeoning role in broadcasting 2008 to uproot his young family and move across the Atlantic, to become a theology student.

That takes courage – and Peacock admits it was not easy: “It was tough. You are leaving family, friends, football and the job you love – moving 5,000 miles away, to a harsh climate – it was minus 25 degrees after we arrived!

“My kids were young, we didn’t know people here. I felt responsible for causing this hurt to my family in England. I felt the weight of that very heavily. I was back at school, we were living off savings. But we bonded closer as a family. Our faith grew. You learn what you rely on.

“We came here because I wanted anonymity. In England, they saw Gavin Peacock the footballer, the Match of the Day guy.”

Now a pastor at Calvary Grace Church in Calgary, he jokes: “This is my life now – unless one of my clubs wants me to come back and manage them!”

He and wife Amanda are now rooted in Canada. His children Jake – a professional Muay Thai martial arts fighter – and Ava are both married, and he is a granddad to month old Charlie.

Peacock talks warmly of the work players like Marcus Rashford are doing, campaigning for school meals for hungry children: “Using the platform they have to do good is great to see.”

As he says, there is more to life than football.

“A Greater Glory – from Pitch to Pulpit” by Gavin Peacock, is available from May 7 at £11.99 from Christian Focus Publications. 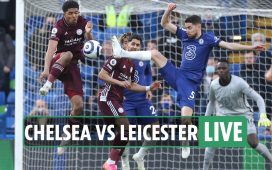 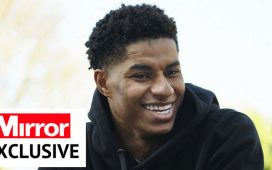 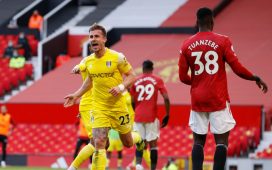