Gary Lineker: The hypocrisy from government over football salaries is baffling

Gary Lineker understands that his salary will be used as “ammunition” against him and appreciates that like other top-tier talent he is fortunate to be so well compensated but he finds the government’s hypocrisy over wages in football baffling.

Jacob Rees-Mogg, Leader of the House of Commons, took aim at Lineker’s salary in September. That followed on health secretary Matt Hancock’s assertion at the start of the coronavirus outbreak in the UK that “given the sacrifices many people are making, the first thing Premier League footballers can do is make a contribution.”

Julian Knight, the Conservative MP,  said football operates in a “moral vacuum” on account of the sums shelled on its top stars.

Speaking exclusively on the subject on Between The Lines, a podcast hosted by The Independent’s Melissa Reddy, Lineker admitted it’s difficult to defend his income and praised players for all they’ve done during the pandemic while pointing out that government should be looking to address their own issues.

“It’s hard for me to justify the salary for what I do,” Lineker said. “There are not many footballers that have gone on to do presenting. I’ve got a niche in that.

“And obviously I know that I’ve had offers where I could have gone elsewhere for more, but I’ve not played holier than thou and stuff, so I get it. It’s understandable. It’s it’s it’s a bit of ammunition to fire at me on occasions, but I totally recognise how fortunate I am.

“But, you know, I’m not going to sit here, talk to you now and say that I deserve more than one of the nurses that has been on the front line. No, I don’t. I know that. But I haven’t decided how much who earns.

“I try and do my bit with it as well, try and help a few people and help a few causes along the way. But I’m not going to sit here and argue and try and justify it. I’m sorry. I can’t I’m lucky.

“I got a bit of criticism from Jacob Rees-Mogg about it the other day. I mean, this guy’s got his company based offshore. The hypocrisy is quite baffling.”

As an example of focusing on their own sphere, the government’s own advisory committee on social mobility has supported Marcus Rashford’s campaign to extend free school meals, with evidence showing the sum to do so would be tiny compared to how much is spent on consultants.

Funding £15-a-week food vouchers for the 1.4 million children that would be registered to receive them would cost around £21m a week.

The bill for private consultants hired by the government to help combat coronavirus, by contrast, is an eye-watering £175m.

On the subject of players having their salaries held against them too, Lineker added: “Obviously, they’re very well compensated. We all know that the vast sums of money makes them an easy target and we saw it at the beginning of the pandemic.

“The government saying footballers have got to do something and they already were getting together to do something. And they’ve been brilliant throughout this crisis. And I think it’s I think some of them been really impressive, especially when you consider their ages.

“You’ve got what Rashford has done, for example, in terms of feeding our poorest children. What a wonderful example he has set.”

Lineker also discusses why the plight of refugees is an important cause to him, why we shouldn’t file humanitarian issues as political ones and reveals his new-found skill that he has worked on perfecting in lockdown. 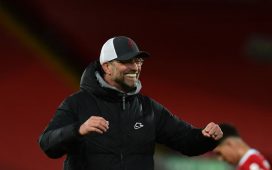 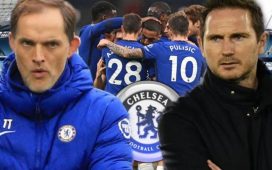 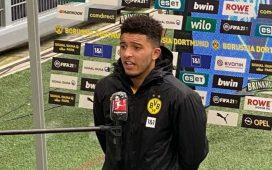 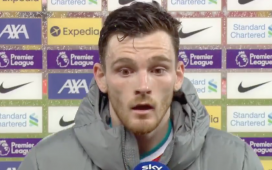