NEWSCABAL
Home » Gary Lineker: Maradona was 'like a messiah' in Argentina – video
football

Gary Lineker: Maradona was 'like a messiah' in Argentina – video


Former England forward Gary Lineker paid tribute to Argentina’s legendary footballer Diego Maradona, who died on Wednesday at the age of 60 after he suffered heart failure at his home in Buenos Aires. Lineker, who played against the Argentine in the 1986 World Cup, said Maradona was understandably ‘treated almost like a messiah’ in Argentina because he was one of, if not, the greatest footballer of all time.  Maradona led his country to World Cup glory in Mexico in 1986 with Argentina and won multiple honours with club sides Barcelona and Napoli – where he is also revered. On Wednesday, Lineker had split opinion when he referenced Maradona’s infamous ‘Hand of God’ goal which knocked England out of the 1986 World Cup quarter-final when paying his respects on Twitter. 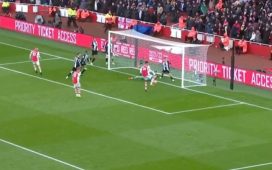 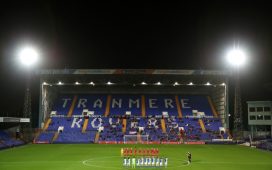