Match of the Day presenter Gary Lineker insists having sex cannot come close to the sensation of seeing the net bulge, using last season’s FA Cup final to back up his point 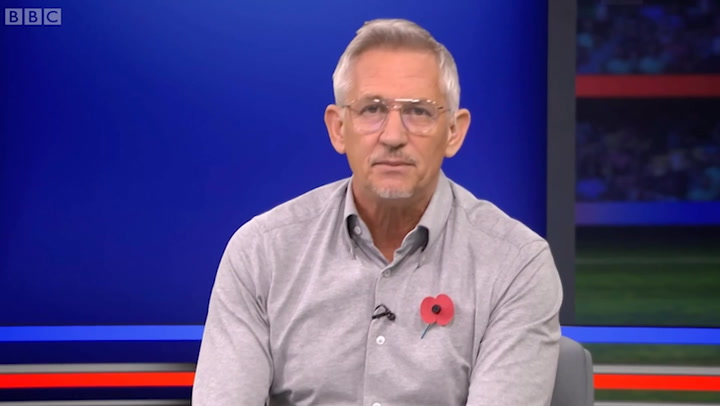 Gary Lineker signs off Match of the Day

The Match of the Day host, 61, believes the “euphoria” of watching your team win or seeing the net bulge “lasts longer” than any orgasm.

Lineker is speaking from the experience of 281 goals at club level during his decorated career with Leicester, Everton, Barcelona, Tottenham and Nagoya Grampus Eight.

He hung up his boots in 1994 as England’s third-top scorer on 48 goals having famously won the Golden Boot at the 1986 World Cup in Mexico.

And the father of four has no doubt the feeling of finding the back of the net outweighs the temporary pleasure of intimate relations in the bedroom.

Do you agree with Gary Lineker? Have your say in the comments!

Gary Lineker weighed up scoring a goal in comparison to sex
(

“The only thing you can never replace is the scoring of a big goal,” Lineker told The Sun. “Scoring a goal… people use that silly thing, ‘Oh, is it better than sex?’

“You can’t have it any time you want but you can kind of know you’re going to have sex at some point. Whereas you don’t know if you’re ever going to score again.”

Lineker pointed to Leicester’s victory over Chelsea in last season’s FA Cup final to illustrate the overwhelming sensation he insists sex could not hope to match.

The acclaimed presenter was in the BBC Sport studio at Wembley to witness his boyhood club edge out the Blues to a 1-0 win thanks to Youri Tielemans’ stunner.

Lineker celebrated the winner emphatically and struggled to hold back tears at full-time as he revelled in the Foxes’ first ever FA Cup title.

“Leicester scoring a winner in the FA Cup Final was way better than sex,” he told The Famous Sloping Pitch podcast. “It kind of lasts longer. The euphoria lasts longer.”

Lineker is not the first footballing icon to compare intercourse to the Beautiful Game.

Brazil legend Dani Alves previously declared Pep Guardiola’s coaching during their time together at Barcelona was “better than sex”.

The pair won three La Liga titles, two Champions Leagues and the Copa del Rey twice during a breathtaking four-year spell between 2008 and 2012.

However, Guardiola amusingly replied to his former player by simply stating: “I prefer the sex!”

The Manchester City manager added: “But I can also see a huge list of players who are on the opposite side. There’s a list where they love me a lot, like Dani.”