And even then when he was a 19-year-old starting out at Crystal Palace, Southgate was showing signs of being a future manager by videoing every game to watch back and study.

The England boss, now 28 years later in charge of the team, said: “I watched it with some mates, at a mate’s house, like I did with most rounds (of the tournament), with a curry and a beer.

“I was still living in Crawley, at my parents’. I was a young pro at Palace. I would have been going back into pre-season by the end of it.

England vs Croatia: The big one

“It was a brilliant tournament, fantastic memories of the whole tournament, I remember videoing every game to watch back, so yeah, really special.

“I videoed it to look at the players, the matches and I guess as a young player you wanted to see the best players, the level they were playing and see what you could learn from it.”

Who will win this World Cup semi-final? 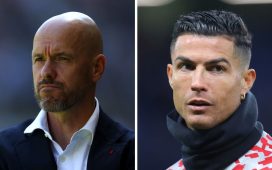