The Friday Inbox fails to agree on Resident Evil Village vs. Resident Evil 7, as one reader is dubious about Virtua Fighter 5 being a hit.

Catching up
I’m surprised that so many good sources seem convinced that the Switch Pro is real and coming out soon. If it’s going to be more expensive than the current model I guess we’re talking £300 to £350? That is a lot of money when you can get a PlayStation 5 Digital Edition for only £360. It’s Nintendo though, so as long as they have the games to back it up, which they usually do, I don’t see any reason it won’t be just as successful.

Imagine if Nintendo games looked as good as PlayStation ones, it’d be gaming heaven! I guess we’ll get there eventually, if Nintendo are always a generation or two behind, because it’s frustrating to see such amazing graphics being wasted on relatively uninteresting games.
Tom Meadows

As expected
Well, I can’t say you didn’t warn me. Looks like Sega have a typically lacklustre celebration planned for Sonic’s 30th anniversary, even taking into account Covid delays. A Sonic Colours remaster, the Sonic Origins collection (well, at least Sonic 3 & Knuckles was in there), and an unnamed game by Sonic Team – who are literally the last people you want to see as developers on a new game.

I think at this point I’m pinning my hopes on the movie sequel, which, in theory, has a lot going for it. I’m not sure if this is common knowledge, but the first movie wasn’t actually developed with Sonic in mind. My friend worked on the marketing team, and it was quite far into development as a generic mid-budget live action/CGI-hybrid concept before the character of Sonic was attached – hence the movie doesn’t contain as many references to the games themselves as you’d expect. The sequel looks to draw a bit more on the storyline of the 16-bit era and could well make up for what the first one lacked.

So there we are. As one Sonic cycle comes to an underwhelming end, so starts another: bring on the 8th April 2022.
Needlemouse91

GC: We’re going to pretend the film was originally about Bubsy Bobcat, until it got an upgrade.

A lack of character
I don’t see Virtua Fighter 5 suddenly becoming a hit for the obvious reason that all its characters are completely boring, to the point where calling them characters is a major overstatement. That’s why Tekken easily overshadowed it. Tekken had flashy cut scenes and recognisable characters that you grew to like. Virtua Fighter has not-Ryu, a ninja, and a woman… and those are the most famous ones!

It’s a shame because there’s no question that Virtua Fighter is the better fighter, easily the best 3D game and no mistake. I suppose there is a chance it will catch on in fighting game tournaments, but it’s a case of the action being fun to watch but not the visuals and I’m not sure if these sort of games are popular for that reason.

Virtual Fighter should have had a story-based spin-off to try and sort the problem out, but that just became Shenmue so I’m not sure that would’ve worked anyway.
Onibee

Dying to play
Oh wow, that Dying Light 2 livestream was super awkward. I’m not sure sitting awkwardly, pretending to talk off the cuff for 10 minutes was really the way to go here but at least the gameplay went well. Count me as one of the people that thought it was going to be quietly cancelled so it’s great that it’s still coming out and looking good.

Combat seemed a lot of fun, love the drop kick, and I like the idea that the game changes so much thanks to your choices – almost seemed liked it was trying to outdo Mass Effect in that respect. The only thing I wasn’t convinced by was the jumping, which seemed a little off, but overall I was impressed.

I hope it works out as I really liked the original but admit it was pretty janky and not all it could be. That’s what sequels are for though, right? And even GC liked what they saw in their preview, even though they didn’t like the original.
Puffer

Darker, more mature
Dragon Quest 12 is ‘for adults’? I thought the whole point was that it was for everyone? Ugh, I know they want all that American money but this sounds like a bad idea from the very start. Is this going to be Prince Of Persia: Warrior Within but for feelgood Japanese role-players?

I happen to really like the series and the only reason I’m not completely upset is that the remake of Dragon Quest 3 looks amazing. It’s like Octopath Traveler but this time not everything is brown! I don’t see why we can’t have the offline version of Dragon Quest 10 over here though.
Klondike

Locked and loaded
I like the idea that we don’t know what Microsoft (or Nintendo) is going to announce at E3. I hope that means it’s something unexpected and not the other obvious explanation of they haven’t got much to show. We know all the games Microsoft is working on, which may or may not be there, but they must surely have other secret announcements to make.

I can’t believe they won’t make at least one attempt to show Japanese support and some thing else to try and undermine Sony. Maybe some kind of streaming announcement and/or teaming up with a big company like Samsung or event Google (Stadia’s already dead so why not team up to take on Microsoft?).

I do agree that Microsoft has never seemed very good at E3 but this time they’ve actually got the ammunition to compete, plus Sony probably won’t be there anyway. Although I’m willing to bet they have a conference a few days later. They always get one over on Microsoft by going second and having a response ready for whatever Xbox has done, I doubt it’ll be any different this time round.
Dougie

As intended
I’m really surprised to see the step down in quality of Resident Evil Village after the excellent Resident Evil 7. It seems to mainly be walking around waiting for something to happen. Don’t get me wrong, done well this can build massively to a tangible sense of tension. It just seems on this occasion the developers did not have the chance to truly polish the product until it shined.

GC: We didn’t get the impression the game was rushed or lacked polished. Quite the opposite, really; we don’t recall a single bug, which is almost unheard of nowadays.

Enjoyable Evil
I know the trend seems to be to moan about things, but as a small counterpoint: Resident Evil Village on the PlayStation 5 is great, really enjoying it.

The settings are nicely varied from 7, it’s given me the chills several times, and The Duke is also nicely weird.

I thought I was about to face the end boss but I’ve just started exploring another large area, no spoilers here.

The lighting on the PlayStation 5 is fantastic, I think it’s a great looking game.

Having come from playing Metro Exodus on the PlayStation 4, where it took anywhere between two and five minutes to get into the game from the home screen, Village is taking about 20 seconds. And to save the game at a typewriter takes about one, always impresses.

The controller, too, is just superb. The triggers when aiming with the sniper rifle, such a great addition.
It’s the only game I have for the console at the moment, very much looking forward to Ratchet & Clank next month though. Apart from Astro’s Playroom of course. Which, without doubt, is the happiest video game experience I have ever had in all my 44 years.

Inbox also-rans
I see all the rumours are coming true at the moment: Sonic, Dying Light, and now probably Switch Pro too. Kudos for making the right call on those.
Duran

Completely un-shocked to see Monster Hunter Rise has been a massive hit, not only because Japan loves it but because it really is one of the best games on teh Switch.
Barold

This week’s Hot Topic
The subject for this weekend’s Inbox was suggested by reader Purple Ranger, who asks what game do you think has the best art design?

Regardless of the technical complexity of the graphics what game do you think has the most interesting and distinctive visuals? How important is a game’s art style to you and is it alone enough to get you interested in a game – or put you off one?

The question probably rules out anything that’s simply trying to be photorealistic, but you can nominate anything you like if you feel it has a strong enough visual style. 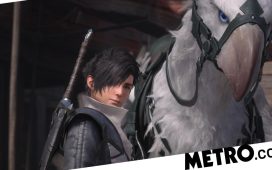 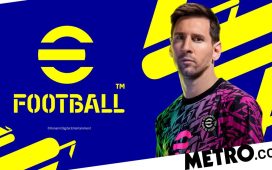 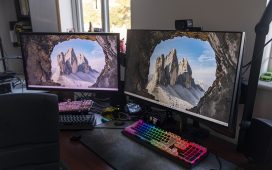 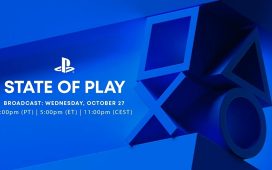 Next Sony State of Play on 27th October 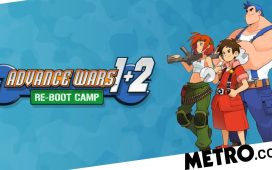 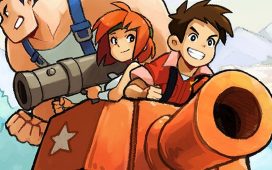