The Tuesday Inbox wonders if Guardians Of The Galaxy is going to be a major hit, as a reader is disappointed by Age Of Empires 4.

Bad but interesting
The Expansion Pack for Nintendo Switch Online not working properly is really upsetting to me because this is the first time the N64 has really been in the spotlight since it became retro. We never got a Classic Mini version and there weren’t even that many games on the Wii Virtual Console. But now it’s got a whole tier of subscription service and the only thing anyone’s talking about is that it doesn’t work properly and Nintendo are charging over the odds for it.

Not that I think the complaints are unfair, but I hope they can get fixed quickly and we can back to appreciating the games. The list being leaked so far seem good, but I hope we can get some more obscure games like Rocket: Robot On Wheels and DMA Design games Body Harvest and Space Station Silicon Valley, which were almost the last thing they did before making GTA 3.

You can see a lot of GTA 3 in Body Harvest and while it wasn’t really a very good game it’s an important one and I’d love to see a remaster that sorted out the technical issues and did something about the difficulty. As I see it, that’s the benefit of subscriptions, that you don’t have to buy individual games and so can play bad but interesting games without any problem.

Obviously, I want to play the best games as well and I’m interested in seeing which holds up and which don’t. In my mind Zelda: Majora’s Mask is the best N64 game, but will I still feel that way after playing it again in 2021?
Onibee

Missed kick
So Age Of Empires 4 sounds like a complete wasted opportunity. It is crazy to think how real-time strategies went from hero to zero so quickly. The major problem was that they don’t work well on a console but now we have super high res TVs and the control system in Halo Wars 2 was really good.

I think if that can’t make that style of game a success than nothing can, so in that sense I’m not surprised that Age Of Empires 4 is PC only.

I just wish someone, on whatever format, could give the genre a kick up the backside. Considering how popular MOBAs and things like Clash Of Clans are it seems hard to believe that there’s not someway to combine them into something popular and more along the lines of a classic real-time strategy.
Wooster

The forgotten sequel
Although I’m sure Rockstar will end up doing a GTA 4 remaster at some point, even though I don’t think it’s particularly fondly remembered by most people, I think what I’d be most interested in is a remake of GTA 2 – the forgotten entry in the series.

It was a top-down game, so no point remastering, but what’s interesting is that it was set in the near future and so was slightly sci-fi, something a number of reader’s asked for in the recent Hot Topic. I do think Rockstar needs to stop setting the games in the modern day or they will start getting too samey but a near future time, maybe something similar to Battlefield 2042 could really work I think.

You could have more sci-fi style vehicles, which are already a thing in GTA Online, and some kind of dystopian world that they could base on how things are going at the moment with politics and the environment. It probably won’t happen, but at least it’d be something different.
Baker

Masters of the cosmos
With Guardians Of The Galaxy reviewing better than many expected I’m curious to see how it sells and how this will influence Square Enix on what they do with Avengers. Personally I’d like them to just dump it and make a single-player sequel but I can’t see that happening as the brand, in terms of games, is kind of tainted now. At least in terms of games published by Square Enix.

Will they make a Guardians 2 and will they try and get any other Marvel licences? The Eternals isn’t reviewing well but it seems like it’d make a good game and maybe it could be picked up cheap? Square Enix could create a sort of cosmic game universe all of their own, which I think would be neat as there are a lot of characters out there that may never feature in the movies.
Tembo

Too successful
So for next year the rumour is that Call Of Duty 2022 is Modern Warfare 2? The series just seems like it’s stuck in a rut at the moment, except because it’s still really popular there’s not going to be any change. I actually liked Infinite Warfare and it was something different, but it wasn’t popular so they completely changed direction for the next game.

If Vanguard is not so big I don’t know if that’s going to have so much of an effect as I think they’ll count on Modern Warfare 2 being a guaranteed hit, which it probably is.

Success is the greatest barrier to creative you can have, especially in games. But it feels wrong to hope a new sequel is a failure just so they’ll change the next one for the better.
Modus

Open up
I thought Halo Infinite looked really promising. People are now saying they are concerned about the game being semi-open world, but hey, was it supposed to remain a totally linear, often corridor-based shooter forever? All of the games have had some open-ish sections but pairing the tight and dynamic gameplay with a more sprawling setting was always the way forward…

Also, the reader who compared the game graphically to Horizon Forbidden West is completely ignoring the aspect where the mode shown of Horizon is likely its 30fps ‘Graphics’ mode, which, of course, is great for marketing purposes, if not actual playability… Halo Infinite is 60fps game on Xbox Series X consoles.
Struthyfizz

Anti-Midas touch
Over the years, Nintendo have released gold cartridges and consoles and controllers alongside various Zelda games.

The Switch has had three Zelda titles but no gold Joy-Cons or gold Pro Controller. You guys wouldn’t happen to know why by any chance?
Kehaar

Time enough
My experience with Metroid Dread recently has got me thinking, it’s very rare that I’ll give a game I don’t like at first a second chance. If I’m not enjoying myself for the first hour or so that’s usually the end of it for me. The only two games that I can think of off the top of my head that I did persevere with are Bloodborne and more recently Metroid Dread and those are hardly bad games.

This has made me wonder about game reviewers and how do they deal with having to play through absolutely dire games from beginning to end in order to give a fair and balanced review?

There have been shed loads of games reviewed by GC over the years where the dislike has been obvious from the very first paragraph, so how does GC get through those bad games? How do you make yourself learn the gameplay mechanics and the boss patterns when your not having any fun in the first place?

I’m also a little curious about how GC went about reviewing Skyrim and Oblivion, given the massive nature of those games how much of them did you actually manage to get through for the review? Obviously there would be a deadline when the review had to be finished by, so is it just play through the main story questline as quickly as possible or do the publishers send you games like Skyrim far enough in advance so you can get to grips with them properly?
Mitchell

GC: Well, a) there are very few mainstream games that are ‘absolutely dire’ and b) it’s our job. Skyrim was a decade ago, so we don’t remember when the review copy for that arrived, but generally with that size of game it’ll arrive around two weeks before the review embargo. Also, doesn’t constantly giving up on games after just one hour result in a lot of wasted money?

Inbox also-rans
Darq is free on Epic Games Store at 4pm on Thursday 28th October, it looks quite a good game from the trailer, a bit like Limbo, Inside or Little Nightmares.
Andrew J.

Wow, what on earth was the point of that State of Play, rather than getting you hyped for upcoming games it just kind of implied there weren’t any.
TWTFS

This week’s Hot Topic
Since it’s Halloween this weekend the question for the next Hot Topic is what’s the most scared you’ve ever been by a video game?

It doesn’t have to be from a horror game but what’s the most frightened you’ve ever been? How does that compare to how scared you’ve been by a movie or TV show and what do you think games do better or worse compared to other media, when it comes to horror?

What game has the creepiest atmosphere, even if it’s not outright scary, and was it ever bad enough that you had to stop playing? (To avoid everyone mentioning it, the dogs jumping through the window bit in Resident Evil is banned from this Hot Topic.) 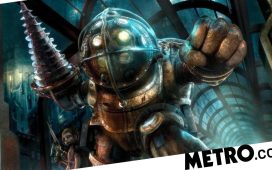 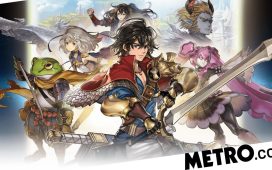 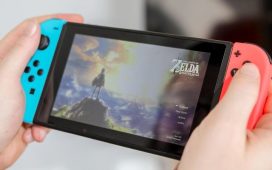 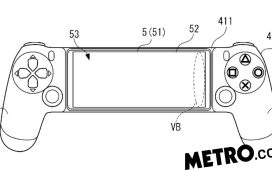