By Paul Chavez For Dailymail.com

Gal Gadot kept it simple Sunday as she stepped out in a tank top and shorts while visiting a park in Beverly Hills, California amid the coronavirus pandemic.

The 35-year-old Israeli actress donned a white sleeveless top along with grey shorts and black trainers while walking a dog in the park.

She accessorized with stud earrings and sunglasses while also covering her nose and mouth with a blue medical face mask. 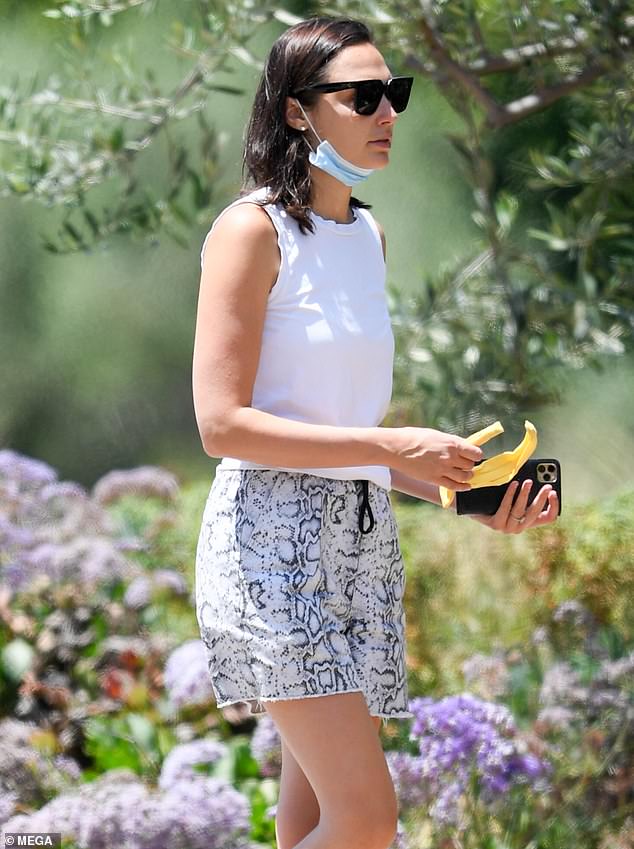 Park visit: Gal Gadot wore a tank top and shorts Sunday while visiting a park in Beverly Hills, California amid the coronavirus pandemic

Gal had her short dark hair down around her shoulders and showed her flawless complexion without makeup.

Wonder Woman 1984 is scheduled for release by Warner Bros Pictures on August 14.

The highly-anticipated sequel was scheduled for release in June, but it was pushed back due to the coronavirus crisis. 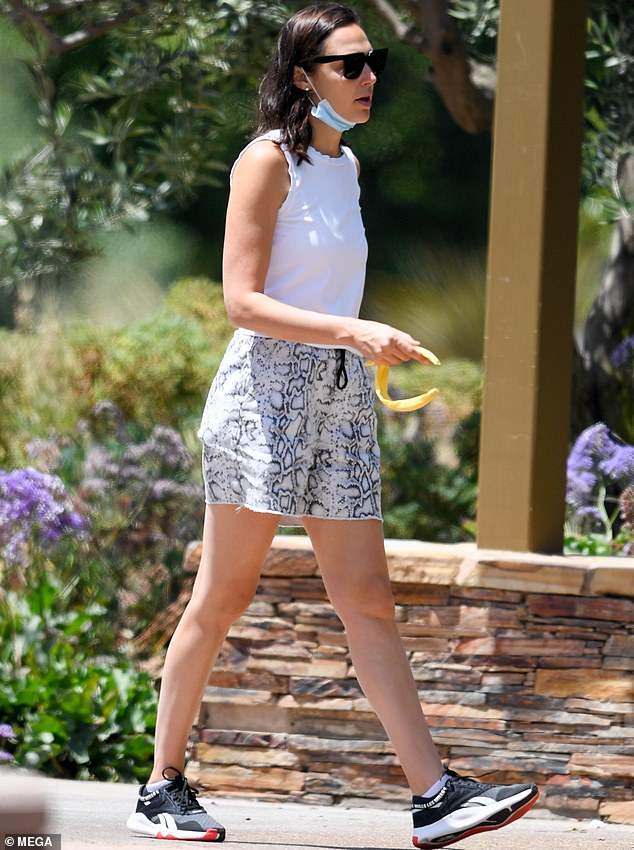 Hollywood star: The 35-year-old Israeli actress, who portrays Wonder Woman in the DC Extended Universe, also had a blue face mask with her 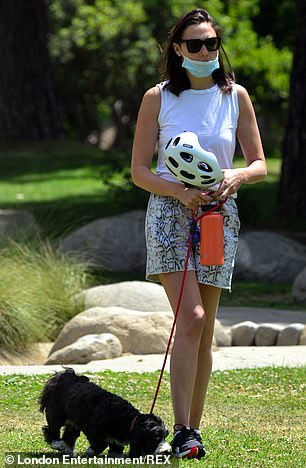 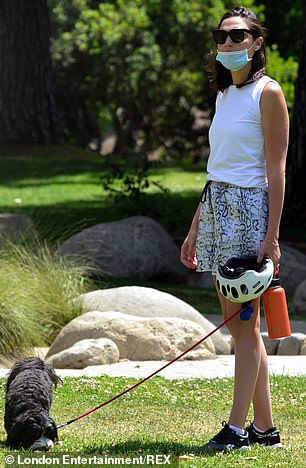 Cute dog: Gal had a cute black dog with her at the park 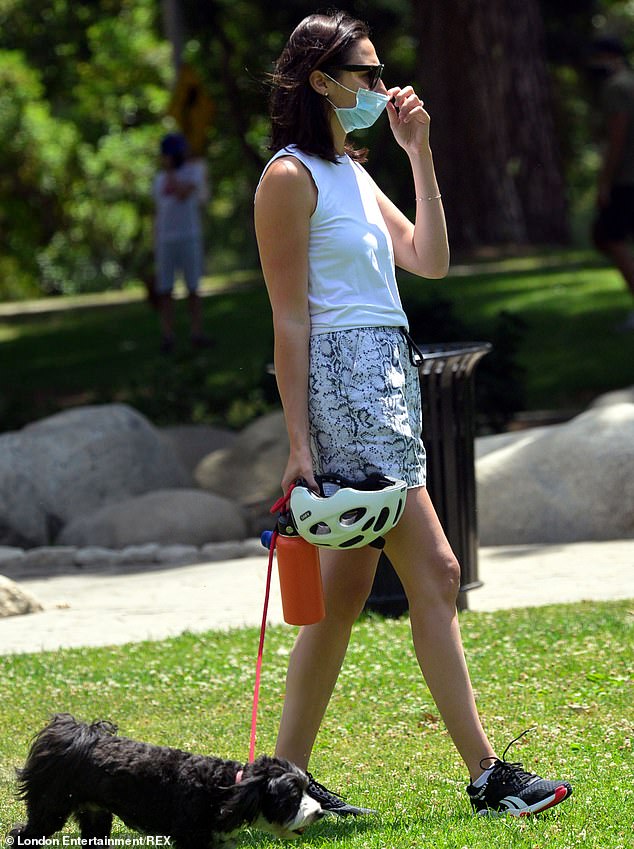 Covering up: The actress covered her nose and mouth with a face mask

Gal first played the DC Comics superhero on the big screen in the 2016 film Batman v Superman: Dawn Of Justice.

She portrayed the Amazon princess again in the 2017 solo film Wonder Woman and the 2017 ensemble movie Justice League. 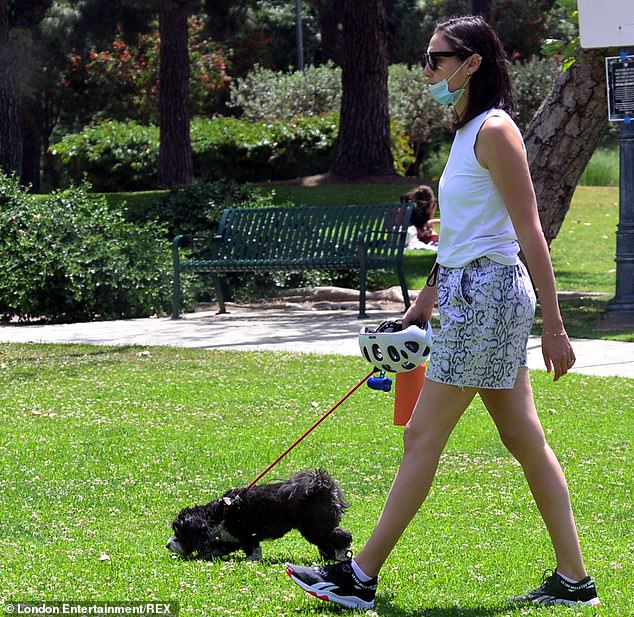 Coming soon: Gal will reprise her role as Diana Prince aka Wonder Woman in the upcoming sequel Wonder Woman 1984

Patty directed the sequel Wonder Women 1984 that will also see the return of Chris Pine, Robin Wright and Connie Nielsen from the original. 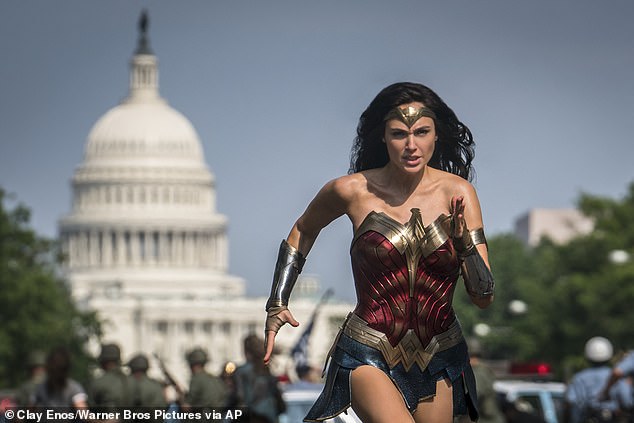 Superhero movie: Wonder Woman 1984 starring Gal, shown in a still, will be released in August