The Brazilian forward produced an impressive display against the Blues on only his third appearance since returning from a six-month injury layoff.

Among the highlights of his performance was a darting run down the left, which resulted in him wrong-footing Kante and sending his opponent slipping to the turf.

The clip was soon doing the rounds on social media, and Martinelli couldn’t resist adding some fuel to the fire.

Posting on his Instagram account, he uploaded an image of him taking on Kante in the fixture between the clubs in January, where Martinelli scored a dazzling solo goal.

In the image Kante can be seen sprawled out on his way to the floor having suffered another unfortunate slip in his attempts to defend.

Martinelli’s goal helped 10-man Arsenal to a draw at Stamford Bridge that day, but the Gunners went one better on home soil on Saturday, winning 3-1 thanks to strikes from Alexandre Lacazette (pen), Granit Xhaka and Bukayo Saka.

It wasn’t just Martinelli’s attacking threat which caught the eye this time round, but also his enthusiastic and persistent pressing.

“Very, very good,” Sky Sports commentator Gary Neville said. “Not just in his play, but in his desire.

“He’s been outstanding; really hungry out there.”

Where will Arsenal finish this season? Have your say below.

“I think both of them were really good, really good understanding, a lot of energy, really good communication and courage as well,” Arteta said.

“They were really positive every time we were attacking, with the runs, playing forward, they were both involved in a lot of good attacking actions so I am really pleased with them.” 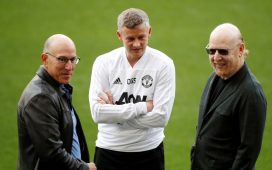 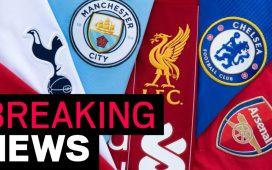