G20 expected to back trade body reform ahead of Trump, Xi talks 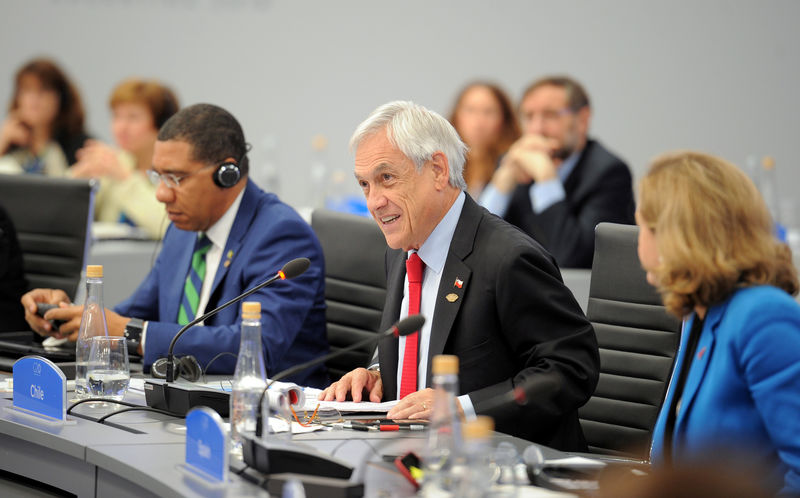 By Caroline Stauffer and Maximilian Heath

BUENOS AIRES (Reuters) – Global leaders were expected to back an overhaul of the world body that regulates international trade disputes at a summit on Saturday, delegates said, ahead of high-stakes talks between U.S. President Donald Trump and Chinese President Xi Jinping aimed at defusing a trade war.

A consensus appeared to be emerging at the two-day gathering of the Group of 20 industrialized economies for a joint statement that would back reforms to the crisis-stricken World Trade Organization amid growing global trade tensions, according to officials from the European Union and summit host Argentina.

“We reiterate that the multilateral trading system is the framework in which we are all working and committed,” an EU official said, referring to the language of a draft statement.

The WTO is on the verge of becoming dysfunctional, just when it is most needed to fulfil its role as umpire in trade disputes and as the watchdog of global commerce.

The United States is unhappy with what it says is the WTO’s failure to hold Beijing to account for not opening up its economy as envisioned when China joined the body in 2001.

G20 summit delegates said that negotiations on producing a final statement were proceeding more smoothly than at a meeting of Asian leaders two weeks ago that ended without a consensus, but they cautioned that the draft statement still required approval from leaders.

Trump said in a tweet that he was cancelling a news conference at the G20 summit as a mark of respect following the death of former President George H.W. Bush.

European officials said the draft document included a reference to climate change, which has proved a sticking point in the past with the current U.S. administration.

The wording on climate change was “a little bit more than the status quo but not backtracking,” one EU official said.

With the United States and China locked in growing disputes over commerce and security that have raised questions about the future of their relationship, global financial markets next week will take their lead from the outcome of talks between Trump and Xi over dinner on Saturday.

The first day of the G20 summit offered glimmers of hope for progress between Washington and Beijing despite Trump’s earlier threat of new tariffs, which would increase tensions already weighing on the growth of the global economy.

But ahead of what is seen as the most important meeting of U.S. and Chinese leaders in years, both sides said differences remained, and the outcome of the talks were uncertain.

This year’s summit has proved to be a major test for the G20, whose leaders first met in 2008 to help rescue the global economy from the worst financial crisis in seven decades.

With a rise in nationalist sentiment in many countries, the group, which accounts for two-thirds of the global population and 85 percent of the global economy, faces doubts over its ability to deal with trade tensions and other geopolitical differences among its members.

Apart from trade and climate change, Russia’s seizure of Ukrainian vessels has drawn condemnation from other G20 members, while the presence of Crown Prince Mohammed bin Salman at the summit has raised an awkward dilemma for leaders.

Saudi Arabia’s de facto ruler, who arrived amid controversy over the murder of Saudi journalist Jamal Khashoggi, has been ignored by other leaders at public events, although he has had a series of bilateral meetings with them in private.

Saudi Arabia has said the prince had no prior knowledge of the murder.

The trade battle between the United States and China has loomed larger over the G20 talks. Washington and Beijing have imposed tariffs on hundreds of billions of dollars on each other’s imports after Trump began an effort to correct what he views as China’s unfair commercial practices.

Saturday’s talks will be a test of the personal chemistry between the two leaders, which Trump has hailed as a warm friendship.

The U.S. leader was coy on Friday even as he noted some positive signs.

“We’re working very hard. If we could make a deal that would be good. I think they want to. I think we’d like to. We’ll see,” he said.

A Chinese foreign ministry official in Buenos Aires said there were signs of increasing consensus ahead of the discussions but that differences persisted.

Beijing hopes to persuade Trump to abandon plans to hike tariffs on $200 billion of Chinese goods to 25 percent in January, from 10 percent at present. Trump has threatened to go ahead with that and possibly add tariffs on $267 billion of imports if there is no progress in the talks.

Trump has long railed against China’s trade surplus with the United States and Washington accuses Beijing of not playing fairly on trade. China calls the United States protectionist and has resisted what it views as attempts to intimidate it.

The two countries are also at odds militarily over China’s extensive claims in the South China Sea and U.S. warship movements through the highly sensitive Taiwan Strait.

On Friday, Xi and leaders from the BRICS group of leading emerging economies – Brazil, Russia, India, China and South Africa – called in a statement for open international trade and a strengthening of the WTO.

An EU official said the language currently being negotiated for the final statement of the G20 would also support reform of the multilateral trade body needed to improve its function.

In an effort to win the support of China, following the failure to agree a statement at APEC, G20 delegates toned down language on unfair trade practices, European officials said.

Washington, meanwhile, had insisted the statement emphasise that the multilateral trading system was not working, one of the officials said.