More than 60 mothers and babies are feared to have died or sustained serious injuries at a maternity unit already under investigation for failing families.

Dozens of cases of poor care were reportedly found at Shrewsbury and Telford Hospital NHS trust, according to the Health Service Journal (HSJ).

Donna Ockenden, a senior midwife, was appointed last year to review 23 cases of alleged poor maternity care at the trust.

More families are said to have come forward with concerns about the service spanning a period of 19 years.

The most recent deaths are believed to have taken place in December, when a mother and two babies died in unrelated incidents.

Rhiannon Davies, whose daughter Kate died nine years ago, told the HSJ: “Unlike what I was led to believe in 2009, Kate was not the first avoidable death at the trust.

“Yet no one bothered to learn and so sealed her fate, and mine, and that causes me almost unbearable pain.

“There are lots more cases now and all that learning could be lost because things will be missed.”

Kayleigh Griffiths, whose daughter Pippa died in 2016 after midwives ignored signs of a serious infection, said the trust is “not open to change”.

“There are going to be more cases as families are coming forward,” she told the HSJ.

An internal review has been launched into maternity care at the trust.

Jo Banks, the director of the women and children’s care group at the trust, said the reviews gave it the “best opportunity to look at all the care we provide to learn and improve”.

“We are committed to the continuous improvement of safety in our maternity services and were recently praised by NHS Resolution for meeting all 10 targets in its maternity incentive scheme,” she told the HSJ.

Dr Kathy McLean, the executive medical director and chief operating officer at NHS Improvement, said: “Our independent review will consider everything it can to ensure Shrewsbury and Telford Hospital NHS trust is equipped to learn from the previous failings in its maternity and neonatal services.

“This includes continuing to examine the 23 historical investigations identified in April 2017, as well as investigations that have been highlighted since then.

“Working with CQC and others, we will ensure the trust has the right support in place to continue to improve its services for patients.”

“We have asked NHS Improvement to investigate whether further cases at Shrewsbury and Telford should be considered as part of the Ockenden review, as well as assurance that the trust has taken steps to improve maternity services since these issues came to light in 2016.” 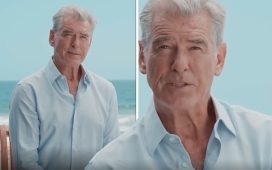 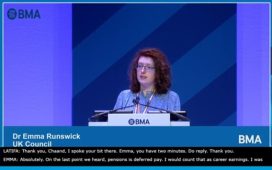 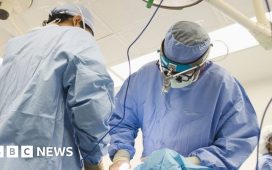