Boris Johnson is facing a growing rebellion over the new rules which will force more than 55 million Brits into the top two tiers as senior Tories demanded data backing up the drastic new rules.

Leader of the House Jacob Rees Mogg said today MPs would get the chance to vote on the new measures on Tuesday before they come in.

Sir Graham Brady, chair of the powerful 1922 Committee of backbenchers told BBC Radio 4 he would vote against the measures.

He said: “I will vote against it. I have severe reservations on so many different levels.

And Sir Graham stormed: “I do think that the policies have been far too authoritarian.

“I think they have interfered in people’s private and personal lives in a way which is unacceptable.”

Steve Baker, co-chair of the Covid Recovery Group, demanded ministers publish the impact assessment of the tiers so MPs can decide whether the system is fair or not.

He stressed: “I am open to supporting measures where it can clearly be demonstrated that the government intervention will save more lives than it costs – as long as this data and analysis is published in full and in time ahead of any votes in Parliament, so that MPs and the public have a chance to scrutinise it.”

But he attacked the Government’s use of dodgy data with models which “wrong time and time again”.

“How much longer can we go on with this rubbish determining the course of all our lives?” he added.

After the outpouring of anger over Matt Hancock’s announcement that 99 per cent of people in England would be in Tier 2 or Tier 3 ministers have agreed to hand over the information backing up the new rules by “early next week”.

But that might not be enough to quell the rage on the backbenchers.

Mark Harper, also from the Covid Recovery Group, demanded MPs be given the data in good time.

He said: “Early next week? The vote is on Tuesday.

“In order for MPs to vote responsibly on these new severe restrictions, we must have the cost-benefit analysis & data for each, setting out the impact on reducing spread of Covid & the impact on non-Covid health and the economy.”

All of the 70 Tory MPs who are members of the Covid Recovery Group have demanded full impact assessments.

And if all of them vote against the new measures, the Government will have to rely on Labour votes to get them over the line.

At least 40 MPs would need to vote against the measures – rather than just abstain – in order to pull apart his majority.

In the vote in the Commons over introducing the national 4-week lockdown, 35 Tory MPs voted against the Government.

Tory MP and Chair of the Defence Select Committee declared he would not support the new Tiers next week.

READ  Coronavirus: When will pubs, bars, cafes and restaurants reopen?

He said: “With only 160 cases per 100k (in Bournemouth) I’m puzzled to see us placed in this tier which will cause further hardship for our hospitality industry.

The anger was boiling over from both sides of the aisle, with Labour MP for York Central Rachael Maskell calling for ministers to release the “rationale” for the decision.

What does being in Tier 3 mean for Christmas after Hancock announcement? 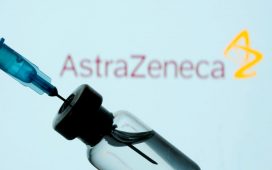 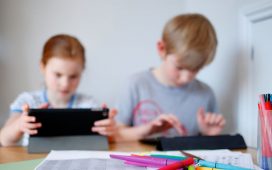