Funeral for Fido: as pet ownership levels rise, so does the end-of-life care business

“I needed something to love again and Hudson was it,” she says.

When, at 14 years old, Hudson’s declining health meant he had to be euthanised, it was among the most painful experiences of Williams’ life. “It was harder than my divorce,” says Williams, who worked as a personal assistant for 47 years before her retirement.

Williams had buried her previous dog in the back yard of her mother’s place in Melbourne. But that would not work for Hudson, who died three years ago. “I knew that I was going to be moving house shortly after his death … I thought, ‘I don’t want to leave Hudson there’,” she says.

The vet who euthanised the small dog arranged to have him cremated for about $400.

A few days later, Williams received a polished wooden box, containing Hudson’s ashes in a velvet pouch, along with a card and a poem. She brought them with her when she moved to the Brisbane bayside suburb of Redcliffe one year ago.

Williams isn’t alone – either in her grief or her desire to memorialise her pet.

Australians have one of the highest rates of pet ownership (61%) in the world and spend a collective $13bn annually on pet-related products and services, according to Animal Medicines Australia’s 2019 Pets in Australia report.

The social isolation imposed by the Covid-19 pandemic has made companion animals more important than ever, says the University of South Australia’s Dr Janette Young.

Young led a study published in December 2020 in the Journal of Behavioural Economics for Policy, which found more than 90% of the pet owners interviewed identified cuddles, pats and other forms of cross-species touch as integral to their wellbeing during lockdown.

“These relationships [with pets] may be one of our greatest health-promoting resources at this time,” she says.

Our connections with companion animals, and our willingness to spend on them, even after their deaths, is fuelling the booming pet end-of-life business.

These range from cats, dogs and guinea pigs through to alpacas, water dragons and koi fish.

Packages range in price from $220 to $379 and include the pet’s collection from home or vet clinic, an individual cremation and return of ashes, a lock of fur and paw print if requested, certificate of cremation, engraved plaque and crystal guardian angel memento.

Other memorial products, including urns, lockets for ashes and memory bears, are also available.

The industry is growing at 9% per annum, according to human funeral provider InvoCare. In November 2020 InvoCare spent $49.8m on two pet cremation businesses – Western Australia-based Family Pet Care and Queensland-based Pets in Peace.

In an ASX announcement, InvoCare said the acquisitions represented a strategic expansion of the group’s existing pet cremation business in NSW, Patch and Purr.

Dr Rachel Allavena, a senior pathologist in the University of Queensland’s School of Veterinary Science, says that there are sound reasons to cremate, rather than bury, an animal.

If an animal has been “put to sleep” with powerful anaesthetic drugs, a back yard burial comes with a hidden risk: the poisoning – sometimes fatal – of wildlife or other pets who dig up and eat the remains.

Allavena refers to one case, from a vet in Darwin, who reported a poisoning eight years after an animal was buried: “It shows how long these things stick around.”

She urged pet owners living close to veterinary schools to consider donating their pets’ bodies to science or education as an alternative.

In 2011, a British woman who ran a pet crematorium was jailed for ditching animals’ remains in a field. Closer to home, Bendigo-based business Pets at Peace was fined $5671 in 2008 by the Environment Protection Authority for dumping 19 pets’ bodies in bushland.

Jorgensen says he would welcome regulation of the industry. Twenty years ago, long before he established Pet Angel Funerals in 2015, Jorgensen paid to have his beloved border collie Sophie cremated, but he “never saw the ashes”. In order to offer a transparent service, Jorgensen has unique numbers imprinted on stainless steel discs, which follow each animal all the way through the cremation process.

For Williams, who has chosen to work as a pet sitter rather than love and lose again, the money she spent on Hudson’s cremation was well worth it. “I’m so glad I did this, as this way, he is always with me,” she says.

READ  Alessandro Michele explores the idea of fashion as ritual in Gucci's AW20 show
Share on FacebookShare on TwitterShare on PinterestShare on Reddit
newscabalJanuary 3, 2021 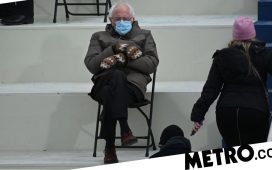 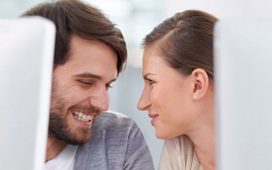 'Is my boss with girlfriend and child just a flirt or does he really fancy me?' 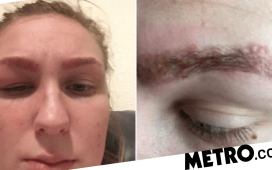 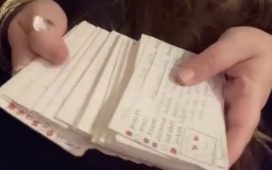 A roll about and a curry? Danny Dyer's guide to bringing on labour