The Manchester United legend was actually praising Liverpool but added there had been some sloppy moments from the match from a Reds point of view – particularly for Arsenal’s opening goal.

Klopp heard the word “sloppy” out of context, and hit out at Keane, telling him he must have been watching another game if he thought the Reds were poor defensively.

Klopp: “Did I hear right, Mr Keane said we had a sloppy performance tonight? I could hear you already, did he say that?

“This was a sloppy performance tonight? I’m not sure if I heard it right. He may be talking about another game because it cannot be this game. Sorry.

“That’s an incredible description of this game, this was absolutely exceptional. Nothing was slopy. Absolutely nothing.

“From the first second dominant against a team in form, 100 per cent in form. You have to be careful like hell and not get hit by the counter attacks.

“I think 60/70 per cent of all the balls in behind were offside, you just wait a little bit longer for the flag meanwhile, so that’s why it feels not great but it was offside.

“Ali had to make one save, there were two balls in behind, you can’t avoid that, you need a goal in these situations.

“Apart from that, the football we played was absolutely exceptional tonight. So it doesn’t help for any other game. Not for Thursday, not for Sunday. Not for nothing.”

Keane: “I think you must have misheard me. I said there were sloppy moments but I think you have been outstanding, I have been giving the club nothing but praise. So I’m not sure you heard me correctly there.”

Klopp: “I cannot, because I looked at the speaker and heard the word sloppy it cannot be this one.”

Keane: “You need to hear the rest of it.

The discussion between the pair ended there, but Keane went on to call the Liverpool boss “sensitive” for taking his comment to heart.

On the match itself, Klopp added: “We had so many big moments and I don’t dream we finish off each situation, we were 1-0 down but we won it and it was completely deserves. could we score more goals? Yes. Could they score? Yes. We played constantly a high line.

“How can you defend Pierre-Emerick Aubameyang with not having a high line? We punished them from time to time, did not punish them but killed a little of their match plan. They stuck to it but we did it again and again.

“We want to win the ball as high as we can that is why I was not frustrated or disappointed. The games can go either way and if they score goals it looked slightly different. It is about how you play, how you create and early in the season, with this performance, it’s absolutely wow.

“We cannot build up to each game the same, a team who builds need more players in the area where you build. We try to win the first balls and be ready for the second ball. We have to be brave enough to cause them problems, I really liked the game. I was worried at half time we not keep it going but we could.

“Pre-season was difficult for everybody but it is a strange season. Teams did not do exactly what they wanted to do last year, Everton have three new players and are flying.

“We play Arsenal again on Thursday and you will see players who you did not see today. Then Aston Vila on Sunday who are flying. Leeds, Chelsea and Arsenal is a tough start but nine points.”

Are Liverpool favourites to win the Premier League title this season? Have your say here. 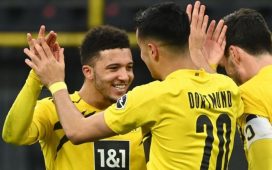 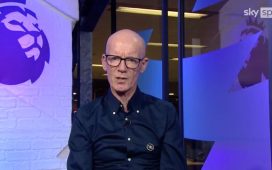