We’ve nearly made it. Today’s the final trading session of 2020, ending a year dominated by the Covid-19 pandemic.

And after a highly volatile year, Britain’s FTSE 100 share index is on track for its worst year since the financial crisis 12 years ago, and the worst performance of any of the big share indices.

The FTSE 100 has made a bad start this morning too, sliding by over 1% at the open (more on that shortly).

The Footsie blue-chip index has shed 14% of its value this year, having struggled to recover the brutal losses suffered during the wild crash of February and March when the virus forced Europe into lockdowns.

Other international markets had a much stronger year too, notably in Asia where Japan’s Nikkei has gained 16%, and China’s CSI 300 has jumped by 27% since the start of the 2020.

Overall, stock markets roared back from their spring slump, thanks to the unprecedented stimulus packages from governments and central banks.

The FTSE 100 has suffered from several factors. It lacks major tech companies, and is instead dominated by financial firms and energy companies, along with some defensive-yet-unexciting consumer goods makers and utilities.

The strength of the pound (which has just hit a 31-month high against the US dollar) has also hit major exporters.

Plus Brexit uncertainty, and the economic damage suffered during the pandemic this year, have also dampened demand for UK stocks, with travel, leisure, and retail all have a rotten 12 months.

Russ Mould of AJ Bell has dubbed 2020 a ‘game of two halves’, writing earlier this month that:


“The UK was a turgid performer, weighed down by its sector mix and heavy exposure to banks and oils and limited exposure to technology, as well as Brexit and perceptions (fair or unfair) that the pandemic has not been handled that well.

In fact the UK was the worst performer in the second half of the year when Latin America, the Middle East/Africa and Asia were the best.

“This switch toward emerging markets again hints at investors looking for cyclical growth – value for want of a better turn of phrase – rather than secular growth – or more reliable, almost defensive progress – as well as global export and inflation plays.

We’ll be tracking the action on the final day of the year, and looking ahead to 2021. 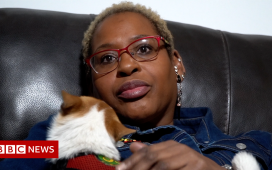 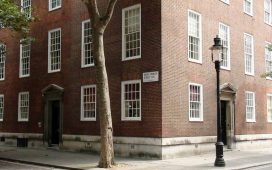