A flying dinosaur discovered buried in Canadian ice nearly 30 years ago has been confirmed by scientists as a new species.

With a suspected wingspan of up to 33 feet, the newly named Cryodrakon boreas (frozen dragon of the north) was one of the largest flying animals in the planet’s history. It existed during the Cretaceous period, around 76 million years ago.

The partial skeleton was found in Dinosaur Provincial Park in southern Alberta in 1992, but had long been confused with another genus of pterosaur until further analysis, published in the Journal of Vertebrate Paleontology, showed the creature was unique.

“These are among the most popular and charismatic of all fossil animals,” said Michael Habib, research associate at the Natural History Museum of Los Angeles County’s dinosaur institute.

“They have been inspiration for countless movie monsters, they were critical parts of global ecosystems worldwide during the age of dinosaurs, so they are key to understanding the ecology and extinctions of that time.

“Just like flying animals today, [they] could carry important clues about how animals at the time responded to major changes in climate.”

Researchers settled upon the name “frozen dragon” as a nod to the now icy landscape in which the skeleton was discovered, but in reality it would have thrived in a temperate climate that supported lizards, turtles and small mammals.

Professor Habib, a fan of Game of Thrones, admitted he initially suggested calling the species Cryodrakon viserionin reference to one of the show’s dragons, which was reborn in ice, according to National Geographic.

Despite its fearsome name, the dinosaur suffered many battle scars during its lifetime, with scarred bones and the tooth of a velociraptor-esque creature lodged in the remains.

Scientists believe that because of its muscular shape it was a ground hunter who used flight to burst away from danger or to seize its prey.

The creature, which could have grown as tall as nine feet and weighed 250kg, had no chewing apparatus and would likely eat whatever would fit down its throat, including baby dinosaurs, lizards and mammals.

Imagine a “giant flying murder head” about 3.5 times the length of its body, or “a pair of wings that carry around a big head for guzzling things”, one expert told the Washington Post.

It is rare for palaeontologists to find so many bones from a single bird and the vertebrae, cervical and leg bones have been studied in the US, Canada and the UK.

He added: “This type of pterosaur is quite rare, and most specimens are just a single bone.

“Our new species is represented by a partial skeleton. This tells us a great deal about the anatomy of these large flyers, how they flew and how they lived.”

For decades, scientists wrongly classified the remains as the Quetzalcoatlus species of pterosaur, first found in Texas.

When Professor Habib, who was measuring the bones to map how the creatures flew, saw the skeleton four years ago, he began to suspect it was unique.

He was able to establish it was an azhdarchid, one of the largest types of pterosaur ever known. But his real breakthrough came while studying the creature’s neck vertebrae.

Prof Habib discovered that the arrangement of pneumatophores – the holes through which air sacs entered the bones’ interior – were unlike that of any other known azhdarchid.

“The creature is similar to the largest pterosaurs known, yet key characteristics gleaned from the cache of bones show it’s actually part of a new genus and species,” he said.

“This particular group of pterosaurs includes the largest flying animals of all time. Their anatomy holds important clues about the limits of animal flight and may be important in the future for biologically inspired mechanical design for flight.”

Researchers next hope to establish how the muscles of the ”frozen dragon” might have attached to its bones to gain better insight into how it moved.

Prof Habib wishes to further measure the bones to learn more about how it flew – the scientific process that first led him to the species’ discovery. 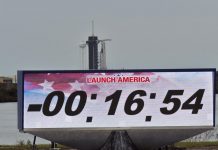 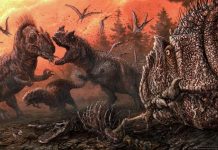