From polo shirts to retro wristwatches: how to master 1960s styling


Remember when Mad Men started airing on television? The indoor smoking, the midday napping, the office drinking (at all hours), the casual misogyny and racism. It was pretty shocking stuff for us 21st century viewers. But perhaps more than any of those things, it was the show’s style that affected people most – arguably men more than women.

Sitting on my bus commute every day, watching the streets below, it seemed as though every professional male out there was parting his slicked hair at the side, wearing a slim-cut suit with slim lapels, slim tie and slim trousers, the straight edge of a white pocket square peeking out of the breast pocket. All because we wanted to look like Don Draper, naturally.

Don Draper dripped effortless cool, it goes without saying. But we were all replicating his look (and not necessarily his behaviour) because it was timeless. It was low-key, well-fitting. Clean, simple and classic. All things that lend themselves to easy, good style. If the show had been set in, say, the 70s, when much-harder-to-pull-off psychedelic colours and wider fits came in, it’s safe to say that Mad Men probably wouldn’t have had such mass appeal.

Taking into account a global pandemic and the lockdowns in which we all resigned ourselves to loungewear (comfy, yes, sartorially exciting, not so much), all bets are now off: the time has never been better to experiment and find new ways of dressing. But if, like me, you lean towards the classic rather than the recently hyped, there are still ways to refresh your wardrobe with a more traditional aesthetic while keeping your look thoroughly modern.

Jewellery, for example, can be one of the easiest ways to add classic flair to your outfit, and none more so than a well-chosen timepiece. But strapping a chunky, plastic digital watch to your wrist to complement a retro look would likely get you arrested by the fashion police. In keeping with the updated classics theme, Seiko’s Presage Style60s series follows the blueprint of the watchmaker’s 1964 Crown Chronograph – the first Japanese wristwatch to feature a stopwatch – but brings something new, characterful and altogether quite suave to the table.

While the series keeps the original Crown Chronograph’s classic box-shaped glass, faceted indexes and sharp hands, Seiko has added deluxe touches such as an open-heart (or skeletonised) dial that reveals the piece’s inner mechanics, and contrasting finishing techniques for the inner and outer areas of the dial – as befits a company founded 140 years ago.

There is also a selection of dial colours – including black and white monochromatic dials, a nod to the popular retro patterns of the 60s – that make the Style60s series the perfect retro-inspired accessory. And with both metal and nato straps available, the watch can be dressed up or down – depending on how fancy you’re feeling.

If you’re looking for a casual top-to-toe 60s feel, à la Don Draper on dress-down Friday, you could do worse than pair your watch with one of sportswear’s greatest crossover hits: the polo shirt. Think Paul Newman lounging on set in between takes, rather than Pharrell Williams circa 2003; in this case, a tighter fit is worth it. Wear it unbuttoned, turn up the cuff on the sleeve if you want. Add some slacks and a crew-neck sweater for the colder months (a dark navy polo layered under a much lighter sweater will create an unexpectedly striking look), and bring it straight into 2021 with some tonal leather sneakers. Have fun experimenting with colours.

That’s your 60s-inspired outfit, done. I can’t guarantee you’ll be able to harness Don Draper levels of cool (really, who can?). But you will be experimenting, being creative, having fun. Most importantly, however, you’ll be out of those sweatpants. 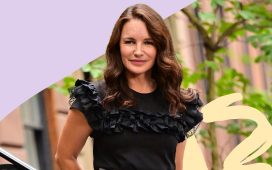 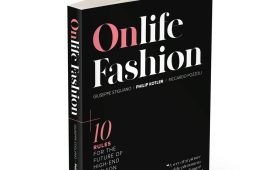 New Book, Onlife Fashion, Reveals The 10 Rules For The Future Of High-End Fashion 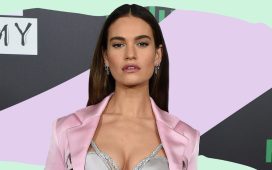 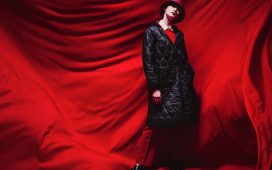