Let’s not beat around the bush here, animals have well and truly kept this year afloat and that is in a large part down to all the juicy animal content celebrities have been serving up in 2020.

From Ricky Gervais’ adorable fostered-then-adopted cat Pickle gracing our Twitter feed each and every morning, to Game Of Thrones star Emilia Clarke’s playful hound Ted giving us absolute life, it’s been a good year for the adorable content.

With celebrities spending more time at home than they could have possibly imagined, they’ve had nothing to do but bless our timelines with clips, photos and sweet moments with their furry friends.

While we could go on forever about all the star pets worthy of a mention, these are but just some of our top best friends that warmed our cold hearts in a big way in the past 12 months.

Sadly Ricky and partner Jane Fallon’s cat Ollie died earlier this year, with fans not too sure if the animal lovers would adopt another pet any time soon.

In October, however, Ricky and Jane surprised us all by taking in a foster cat – and a few days later revealing they’d decided to adopt the little one permanently and renamed her Pickle.

Safe to say Pickle became one of our favourites immediately, as she appeared on the After Life comedian’s Twitter each morning with a little hello for the masses.

Norman has been in The Big Bang Theory star Kaley’s life for years, alongside her menagerie of other beloved pets, however one particular recent video of the pair had us bawling.

Kaley has spent much of this year filming for her TV show The Flight Attendant, and after finally wrapping up her work for 2020 she returned home to her Norman, sharing a sweet video of their reunion.

The actor was in tears in the emotional clip, as she lay on the floor with Norman and listened to a Kacey Musgraves song.

Another mainstay on any list of favourite celebrity pets, the Avengers star and his rescue dog Dodger hold a strong place in our hearts.

After adopting the pooch while in the area of the shelter filming in 2017, Chris has documented life alongside Dodger as they bunkered down in quarantine.

It even involved a hilariously-failed attempt by Chris to give poor Dodger a lockdown fur-grooming.

Lewis Hamilton has a lot of love for his English Bulldog Roscoe and it shows – the pampered pooch even has his own Instagram and, yes, to answer your question, it is possible to be jealous of a dog.

Fans were heartbroken for the F1 champ when, earlier in June his other dog Coco died, following a suspected heart attack.

However, he’s still been sharing some top-notch Roscoe content on his ‘gram, as the pair continue to travel around the world as a duo.

Even though we could never dream of travelling in such luxury, or travelling at all, we’ve spent 2020 living vicariously through Roscoe as he zooms on private jets and hangs out in pit lane.

Lewis was not wrong when he declared on social media last month: ‘We don’t deserve dogs. Their loyalty is so fierce, and their love for us is unconditional.’

Game of Thrones star Emilia Clarke blessed our timelines with an introduction to her new dog Ted in January and since then it’s been love.

The pair are often seen out and about, getting that fresh air and their government-sanctioned exercise, as they’ve been photographed ripping up the dog park.

He may be small, but he’s ruddy mighty that Ted. Loves a ball.

Many were introduced to Gardeners’ World’s Monty Don and his delightful dogs earlier this year, upon the devastating loss of his Golden Retriever Nigel.

Since then he’s kept us up to date with the happenings of his other pets, including Nigel’s BFF Nellie.

However, we were all given another shock in August when Monty revealed Nellie had been rushed into emergency surgery after a mishap with a stick during a game of fetch.

Luckily the dog made a full recovery and continues to reign supreme among some primo greenery snaps on Monty’s Instagram.

A keen dog mumma, Jen-An introduced us to the latest member of her brood in October, with Lord Chesterfield joining the family.

In the video uploaded to her Instagram, Jennifer was seen creeping up to her new pet while he took a snooze with a bone in his mouth – legs splayed and everything.

‘Chesterfield, have you fallen asleep with a bone in your mouth? I think you have,’ she whispered.

Jennifer then explained in the caption: ‘Hi! I’d like to introduce to you the newest member of our 🐾 family….this is (a very tired) Lord Chesterfield ❤️. He stole my heart immediately. ‘

We’ve been served up some goodness from Joe Biden and his adorable dogs this year on the campaign trail, but 2021 is set to be even sweeter.

When Joe Biden moves into the White House in January he’ll bring with him the first rescue dog to take up resident in the president’s official home.

Champ has been with the Bidens since Christmas 2008 after the family bought him from a breeder.

Britain’s Got Talent judge David’s beloved dogs, rather brilliantly-named Bert and Ernie, take pride of place on his Instagram.

Only last week David shared a snap wth them, as he got gussied up in costume.

The two Border Terriers often look quite fed up on the outside with their dad making them pose (it’s the adorable terrier face), but it’s abundantly clear they’re two very doted on pooches.

The presenter and author has a few pets in the O’Porter household, each cuter than the other, depending on the day.

Throughout lockdown she’s been keeping us delighted on her Instagram by sharing all the updates as they take over the house she shares with husband Chris O’Dowd and their two children.

Would you just look at those gorgeous things!

Where do we even begin with Justin Theroux’s rescue dog Kuma?

That faithful pal has been by the actor’s side for some time and continues to give us all the feels on Justin’s social media.

Justin adopted the pitbull mix in 2018 and has showered the glorious pup with love, even enjoying a slap-up Thanksgiving dinner last month as they both got to know each other a little better in lockdown.

And here’s Justin talking about how much he loves Kuma for two minutes.

Anyway, here’s to just some of the top boys and good girls of 2020.

See also  Gwyneth Paltrow reveals she bought her son Moses, 14, the $40 Boobs Puzzle by Jiggy 'just for fun'
Share on FacebookShare on TwitterShare on PinterestShare on Reddit
newscabalDecember 18, 2020 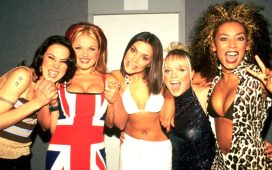 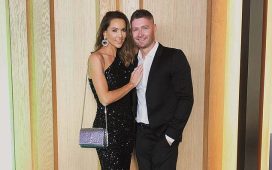 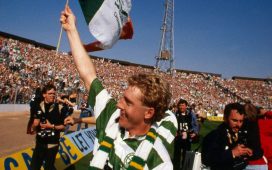 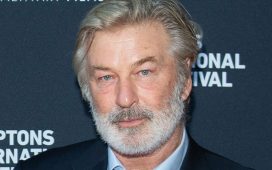