Fresh row between UK and France over Jersey fishing rights


A fresh front has opened up in the tensions between Britain and France as Jersey’s government rejected a third of the French boats seeking to fish in its waters and ordered them out of its territory within 30 days.

Jersey’s minister for external affairs, Ian Gorst, said the Channel island, a British crown dependency, had taken a “pragmatic” approach in issuing 64 full licences and 31 temporary licences to French boats, on top of the 47 vessels already licensed earlier this year.

But a further 75 French boats for whom applications had been received had been rejected, Jersey’s government confirmed as “they do not meet the criteria and have either not fished in Jersey waters during the relevant period or have not been able to evidence their activity”, the government said. “These 75 vessels are being given 30 days’ notice of the end of the transitional arrangements, after which they will no longer be able to access Jersey waters.”

The decision risks further inflaming tensions with France, whose minister for maritime affairs, Annick Girardin, had already accused the British government on Wednesday morning of taking French fishers as a political hostage after it refused to grant most of their vessels access to UK waters.

On Tuesday, the UK announced it had approved only 12 out of 47 applications for new licences for small boats to fish in the six- to 12-mile coastal zone.

“It is a new refusal of the British to apply the conditions of the Brexit accord despite all the work undertaken together,” Girardin said. “I have only one watchword; to obtain definitive licences for our fishers as the accord foresees … French fishing must not be taken hostage by the British for political ends.”

The French government said 87 smaller fishing vessels had applied for permits, not 47 as London had said. Paris has privately called on the European Commission to use the tools within the trade and cooperation agreement agreed with the UK last Christmas Eve to force the UK to be more cooperative.

A spokesperson for the European Commission said it would seek full transparency from the UK authorities over its decision. “We will continue to further engage in the interest of our fishermen and women so that further licenses will be provided,” he said.

EU sources offered a sceptical analysis of the developments. One suggested that the decisions had been timed ahead of the Conservative party conference. “This is a game to them,” suggested a source in Brussels.

In May, Boris Johnson ordered the deployment of two Royal Navy patrol boats to Jersey to protect the islanders from a feared blockade by French fishing vessels, who complained that they were being unfairly cut out of the island’s fishing waters. The French government has accused the island’s authorities of introducing conditions that unfairly hit French fishers. Jersey extended the transition period to open talks with the French authorities and their fishing community ahead of Wednesday’s decision.

Gorst said: “Jersey has maintained a pragmatic, reasonable and evidence-based approach throughout, extending the transitional period on a number of occasions until now, despite not being required by the trade and cooperation agreement to do so.

“We’re now in a position to ensure those boats which have fished these waters are able to continue doing so, and therefore it is time, next month, for our transitional arrangements to come to a close.

“We thank the UK, EU and authorities in France for their efforts to provide us with the additional data, and I’m keen to pay tribute to the tireless work of our officers to pursue the information, collate it and analyse it.” 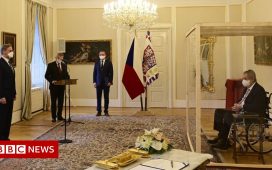 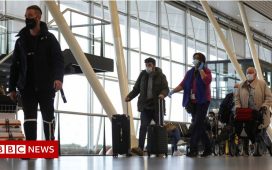