French police officers are facing disciplinary action over the death of a woman who was shot and burned alive in the street by her estranged husband, weeks after she told police she feared for her life.

Mounir Boutaa allegedly shot his wife, Chahinez, at least twice in the legs yards from her home on the outskirts of Bordeaux in broad daylight in May, before soaking her with petrol and setting light to her as she lay injured on the ground.

Two months earlier, Chahinez Boutaa told police her husband had ambushed her in the car park of a local supermarket, forced her into his van and held her prisoner for two hours while he beat her. Police, apparently unaware that he was reporting to the probation services, assured her they would track him down.

Public shock at the violence of the attack turned to anger when a French newspaper revealed the police officer who took the victim’s complaint had himself been convicted of domestic violence.

All of the police officers involved in the case, including a commissioner, two commanders and a brigadier, face being disciplined over a “series of failures” in the police and legal chain, including a failure to take seriously the threat posed by Boutaa to his wife, the French radio station France Inter reported.

Chahinez Boutaa had not been informed that in December last year her husband had been released from prison on parole after serving six months of a nine-month sentence for a previous attack on her.

France Inter said an internal police investigation found that the officer who handled the victim’s complaint botched the procedure and did not record it correctly. He also reportedly made Chahinez Boutaa fill in a second form he should have completed himself, before sending the documents by email to the public prosecutor’s office in Bordeaux without attaching the complaint.

According to France Inter, the internal investigation also found that the detectives who should have been looking for Mounir Boutaa were busy tracking down an alleged rapist at the Bordeaux university campus. A second group of detectives tasked with finding the husband “did not have the required skills, and had to deal with several absentees due to Covid”.

It added that even though Mounir Boutaa had been released from prison on probation and required to report in, probation officers who had been told he was wanted on further domestic violence accusations failed to detain him or report back to police that they had seen him twice.

The disciplinary procedure is likely to range from a reprimand to more serious action, but a police source told France Inter radio that “taken individually … these are not serious faults” in the view of the interior ministry. The minister of justice has said it will take “organisational measures to ensure that the observed failings do not happen again”.

Chahinez Boutaa’s death was the 39th femicide in France of the year. Since then, at least another 40 women have been killed by partners or ex-partners. 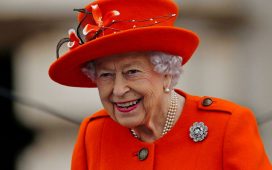 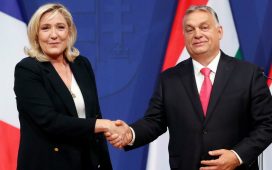