World number one Ashleigh Barty says it is “heartbreaking” to have retired injured from her second-round French Open match against Magda Linette.

The 2019 champion had strapping on her left thigh and said she felt it was “unsafe” to continue when she stopped the match at 6-1 2-2 down.

After Karolina Pliskova’s straight-set defeat by Sloane Stephens, there are five top 10 seeds left in the draw.

Barty revealed that a left hip problem had flared up at the weekend.

“I just tried to give myself a chance and see how it felt. It got worse today and it was becoming at the stage where it was unsafe. As hard as it is, it had to be done,” she said.

Ninth seed Pliskova was beaten 7-5 6-1 by 2018 finalist Stephens, who faces Czech 18th seed Karolina Muchova in the third round.

American fourth seed Sofia Kenin had a tougher battle in the first set against compatriot Hailey Baptiste but came through to win 7-5 6-3.

Barty had managed to come through the first round on Tuesday despite needing lengthy treatment on her left hip during the match.

After that win, the Australian admitted she was “not quite 100%” and on Thursday arrived on Court Philippe-Chatrier with strapping on her left thigh.

Holding back in her movement, presumably to avoid pain, Barty was broken to go 3-1 down and Linette – who had never before beaten a top 10 player – took her chance to strike.

The 29-year-old broke again and went on to claim the first set before Barty called the trainer onto the court and eventually went inside to receive treatment.

After a lengthy break, Barty looked much sharper and held serve twice but must have been suffering as she eventually turned to the umpire to call the match to an end.

The Australian won her only Grand Slam singles title at Roland Garros in 2019 but did not return to Paris in 2020 because she did not want to travel during the coronavirus pandemic.

Barty said the injury was a new one and that she has “a plan” to manage it, adding that she hopes to be back in time for Wimbledon on 28 June.

“I’ve had my fair share of tears this week,” she continued.

“There will be a silver lining in this eventually. Once I find out what that is, it’ll make me feel a little bit better.” 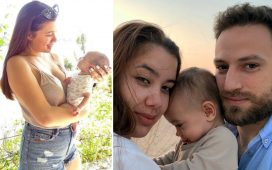 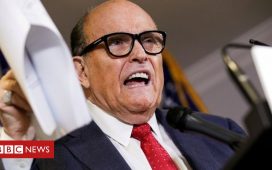 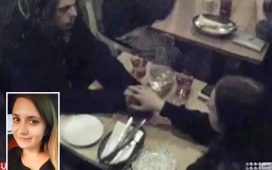