A French man who murdered four members of his family and dismembered their bodies because he thought they were hoarding gold hidden from the Nazis has been jailed for 30 years.

Caouissin, 50, was convinced that the family was sitting on a rumoured inheritance of gold bars and coins and cheating his wife Lydie – Troadec’s sister – out of what he believed was her fair share. The court heard him described as an “ordinary” man who had become obsessed over treasure there is no evidence ever existed.

He had been spying on the family at their home in Orvault, near Nantes in western France, and had tried to listen to their conversations using a stethoscope against a window. When he was disturbed, he beat Pascal Troadec to death, then killed the other three family members. Sébastien and Charlotte were killed in their sleep.

Caouissin then removed the bodies, which he dismembered, then either burned or buried them. Police later found 379 body parts around Caouissin’s farm, located in a remote part of Brittany.

Lydie Caouissin, 52, was sentenced to three years, one suspended, for helping her husband dispose of the corpses.

The verdict came late on Wednesday after the jury at the court in Nantes deliberated for seven hours after a 16-day trial. Caouissin had admitted the four murders but said they were an “accident”. He denied that his actions had been premeditated.

See also  In 2005, Helios flight 522 crashed into a Greek hillside. Was it because one man forgot to flip a switch?

Relations between Caouissin and his brother-in-law had been bitter for years. Caouissin was convinced the Troadecs were hiding gold rumoured to have been discovered by Lydie and Pascal’s builder father in 2006 in the basement of a building he was working on in Brest. The gold was said to have been part of a 50kg haul that the Bank of France hid from the Germans during the Occupation.

No trace of the rumoured gold that provoked the killings has been found.

A psychiatrist had said Caouissin suffered from a classic case of “paranoid madness”.

The attorney general, Charlotte Gazzera, told the court: “Mr Caouissin caused the death of four people in a terrible bloodbath … He is too dangerous. There’s no question he should be released.” 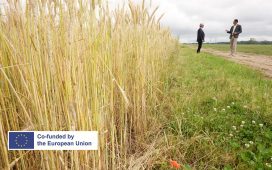 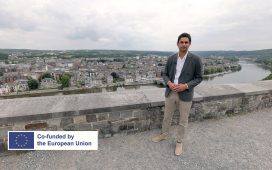