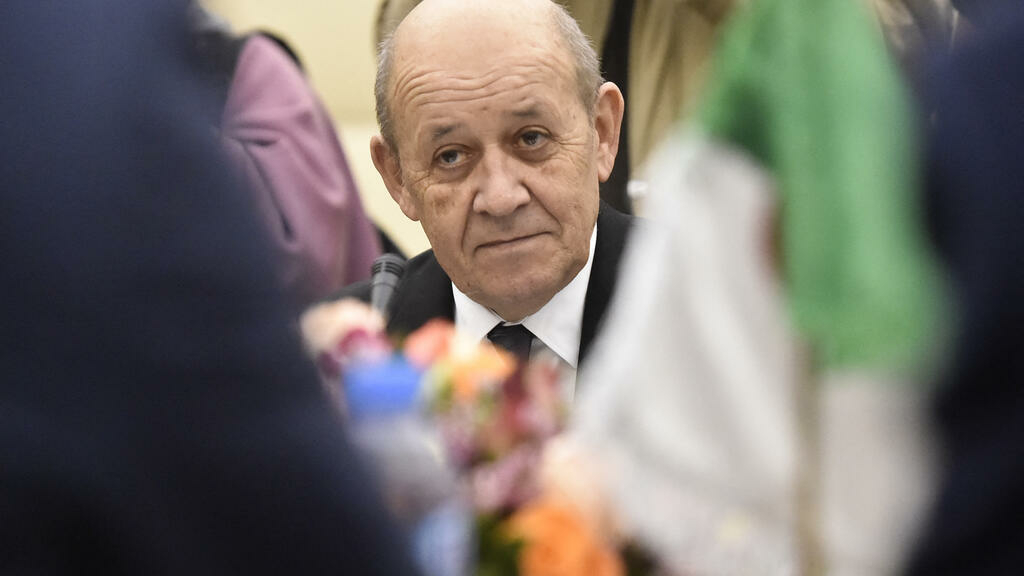 France’s top diplomat Jean-Yves Le Drian called Wednesday for an easing of tensions with Algeria, during a surprise visit to Algiers after repeated crises between the North African country and its former colonial power.

“I hope that our two countries will return together to the path of a peaceful relationship and look to the future,” he said.

“We hope that the dialogue that we have relaunched today can lead to a resumption of political exchanges between our governments, going beyond the wounds of the past, which we must face, and misunderstandings, which we must overcome.”

He voiced hope that both would work together to bring stability to Algeria’s neighbours, Libya and Mali.

Relations between Algiers and Paris have been strained for much of the six decades since the former French colony won its independence after a 130-year occupation.

President Emmanuel Macron has gone further than his predecessors in owning up to French abuses during the colonial era.

But ties collapsed in October after Macron accused Algeria’s “political-military system” of rewriting history and fomenting “hatred towards France”.

In remarks to descendants of independence fighters, reported by Le Monde, Macron also questioned whether Algeria had existed as a nation before the French invasion in the 1800s.

Coming a month after Paris decided to sharply reduce visa quotas for citizens of Algeria, Morocco and Tunisia, those comments sparked a fierce reaction from Algeria.

The country withdrew its ambassador and banned French military planes from its airspace, which they regularly use to carry out operations against jihadist groups in West Africa and the Sahel region.

The comments also prompted Tebboune to boycott a major November summit in Paris on Algeria’s war-torn neighbour Libya, vowing Algeria would “not take the first step” to repair ties.

The dispute prompted a rare expression of contrition from the French presidency, which said it “regretted” the misunderstandings caused by the remarks.

An aide from Macron’s office said the French leader “has the greatest respect for the Algerian nation and its history and for Algeria’s sovereignty.”

Algerian Foreign Minister Ramtane Lamamra welcomed that statement and, in the end, represented Algeria at the Libya conference.

Le Drian’s visit comes as Algeria prepares to celebrate the 60th anniversary of its independence in March.

Macron, France’s first leader born after the colonial era, has made a priority of historical reconciliation and forging a modern relationship with former colonies.

Earlier this year, he recognised that French officers tortured and killed Algerian lawyer Ali Boumendjel in 1957.

Macron also in October condemned “inexcusable crimes” during a 1961 crackdown against Algerian pro-independence protesters in Paris, during which French police led by a former Nazi collaborator killed dozens of demonstrators and threw their bodies into the river Seine.

A report commissioned by the president from historian Benjamin Stora earlier this year urged a truth commission over the Algerian war but Macron ruled out issuing any official apology.

And as he seeks re-election next year, he is wary of providing ammunition to far-right nationalist opponents Marine Le Pen and Eric Zemmour.