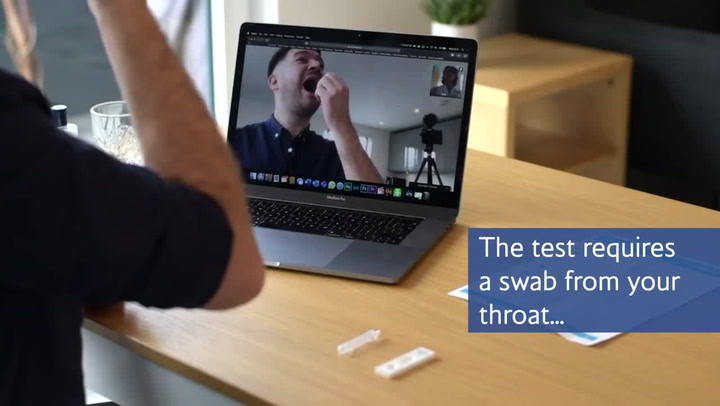 Free rapid Covid tests are set to end in future, the Government has said in its Covid winter plan.

In a report outlining its approach to tackling Covid over the winter months, the Government said it will “continue to provide the public with access to free lateral flow tests in the coming months”.

This is longer than the previous commitment to provide free rapid tests until at least September 30.

The report does not state exactly when the free access to lateral flow tests will end, but says changes will begin at some point in the future.

It said: “Rapid asymptomatic testing is an important tool to help reduce the spread of the virus, while supporting people to manage their own risk and the risks to others.

“The Government will therefore continue to provide the public with access to free lateral flow tests in the coming months. People may wish to use regular rapid testing to help manage periods of risk such as after close contact with others in a higher risk environment, or before spending prolonged time with a more vulnerable person.

“At a later stage, as the Government’s response to the virus changes, universal free provision of LFDs will end, and individuals and businesses using the tests will bear the cost.

“The Government will engage widely on the form of this model as it is developed, recognising that rapid testing could continue to have an important, ongoing role to play in future.”

And it could be confirmed by Transport Secretary Grant Shapps in the coming weeks.

Chair of the Transport Select Committee Huw Merriman asked if Mr Javid will “entertain the idea of moving to lateral flow tests, which are cheaper” so “only the small proportion of positive cases will then need to take up a PCR test”.

Mr Javid replied: “I don’t want to pre-empt the statement by the Transport Secretary (Grant Shapps) but I believe that when he makes that statement, he will be pleased.”

Speaking in the Commons, the Health Secretary said “test and trace, regular asymptomatic testing and support for those self-isolating and eligible will continue”.

Sajid Javid added: “Over the autumn and winter, PCR testing for those with Covid-19 symptoms and contacts of confirmed cases will continue to be available free of charge.

“Regular asymptomatic testing which identifies currently around a quarter of all reported cases, will also continue in the coming months with a focus on those who are not fully vaccinated, perhaps those in education or in other higher risk settings.

“And contact tracing will continue through the NHS Test and Trace system.”

Mr Ashworth said: “He (Sajid Javid) said that PCR testing will continue free of charge through autumn and winter.

“I think that is the first time a timeframe has been put on free PCR testing. Is he suggesting we will be moving to a different system for PCR testing from next spring and summer where perhaps people will be expected to pay for a test?”

And Sir Graham Brady MP for Altrincham and Sale West raised the issue of testing for travellers, asking: “The Secretary of State will know there is evidence now that people returning from green list and amber list countries over the summer actually had a lower level of Covid than people who stayed here during the summer.

“Does he accept that makes a very powerful case for getting rid of the day-two PCR test for people returning from those countries?”

Mr Javid responded: “He’s right to raise this and it’s the reason why we have constantly kept our travel rules relating to Covid under review and in my statement earlier he may have heard I referred to a set of changes that we are looking to make very soon and the Transport Secretary will be bringing forward those changes to the House as soon as he possibly can.”

See also  Brussels warned not to engage in 'vaccine nationalism' over vaccine exports row
Share on FacebookShare on TwitterShare on PinterestShare on Reddit
newscabalSeptember 14, 2021 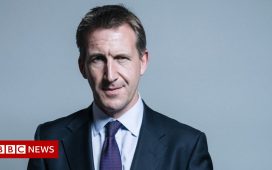 Dan Jarvis: MP to step down as South Yorkshire Mayor

Submarine deal ‘about reinforcing our security — not France’ 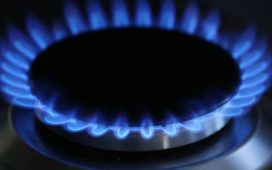 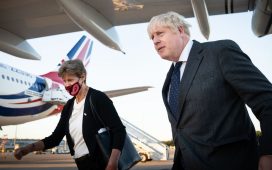