The first goalless draw of the Frank Lampard era answered old questions and raised new ones. Chelsea flipped the narrative on its head as they battled Sevilla in the Champions League on Tuesday. Pinned back for long spells, they dug in, managed the game and kept the Spanish club at arm’s length. But when they had the ball they were becalmed: light on creativity, lacking rhythm and still short of the understanding required to penetrate top-level defences despite spending heavily on their attack in the summer.

Lampard, who faces another test when Chelsea visit Manchester United on Saturday evening, was happy enough with the stalemate. He had gone into the game under pressure, reminded of statistics showing that no Chelsea manager with more than one game in charge has conceded at a higher rate in the Premier League. Familiar weaknesses were evident when the goals against column rose to 63 in 43 games after last Saturday’s 3-3 draw with Southampton. A response was required to stop Lampard looking like a modern-day Kevin Keegan.

He was entitled to point to mitigating circumstances and argue that Chelsea have been successful in limiting opposition shooting opportunities. Personnel make a difference. Shots need saving, and replacing Kepa Arrizabalaga with Édouard Mendy meant that Chelsea had a reliable goalkeeper against Sevilla, who found it hard to overwhelm a defence led by Thiago Silva, impressing on his return to the side.

Unlike against Southampton, Lampard had his first-choice back five. Thiago Silva cruised through the contest, helping Kurt Zouma. Reece James was strong at right-back after replacing César Azpilicueta and Ben Chilwell was excellent, with one piece of speedy covering to rescue Zouma showing why Lampard felt the former Leicester left-back was an upgrade on Marcos Alonso and Emerson Palmieri.

Farther forward, however, it was a grind. Mason Mount, Kai Havertz and Christian Pulisic played behind Timo Werner and struggled to give service to the German forward. Sevilla rarely looked uncomfortable.

Chaos gave way to control, raising an interesting question about Lampard’s setup. The criticism is that Chelsea are an in-between side: vulnerable at the back when they attack, dull when they are more cautious. They are yet to find the right blend, which was clear when Liverpool visited Stamford Bridge last month and Lampard opted for a reactive approach, using a 4-3-3 system that had Werner on the left, Havertz as a false nine and Mount tasked with halting Andy Robertson’s raids from left-back.

Those tactics had limited success, with Liverpool comfortable in defence and triumphant after Andreas Christensen’s red card, and it will be fascinating to see Lampard’s plan for United. Last season Ole Gunnar Solskjær had success against Lampard on the counterattack, beating Chelsea home and away in the league and knocking them out of the Carabao Cup. United are content to cede the initiative; they would welcome Chelsea pushing up and giving Marcus Rashford opportunities to run behind the 36-year-old Thiago Silva.

Do Chelsea concede territory? They will remember beating United at the fourth attempt last season, going to a back three in their FA Cup semi-final and winning 3-1 with 48% possession. But the concern is that a more methodical approach – perhaps sacrificing an attacking player to bring Mateo Kovacic into midfield with N’Golo Kanté and Jorginho – would risk compromising Chelsea’s biggest assets and invite pressure from United, who have the attacking weapons to inflict damage on the break.

The issue is Lampard’s search for balance. He wants to play 4-2-3-1 but Chelsea looked fragmented against Sevilla. Kanté and Jorginho were outnumbered and outpassed in midfield at times, leaving them unable to link defence and attack, and there is an argument to move Mount inside from the left to provide more support in and out of possession.

It was a game that showed why Lampard wanted to sign a defensive midfielder. The Jorginho-Kanté partnership is yet to click. Jorginho is a lovely passer who does not offer enough off the ball and there is an argument that he is not the right fit next to Kanté, whose best season for Chelsea came next to Nemanja Matic, who was adept at protecting the defence and allowing the Frenchman to dominate with his energy.

In an ideal world, Chelsea would have signed Declan Rice from West Ham and asked him to sit, leaving Lampard free to play Mount and Havertz in the centre. Yet at the moment the option for a single pivot is Kanté and although he performed that role when Chelsea beat Manchester City in June, there are questions whether the 29-year-old can function there after struggling with injuries last season.

It necessitates a compromise such as overlooking an exciting winger, perhaps Callum Hudson-Odoi, and using Mount on the left to lead the high press. Fans want fantasy; managers favour stability and reliability. Lampard has not had much of either this season. An odd, truncated pre-season gave him little time to prepare and integrate his signings, some of whom have been held back by injury. For instance a knee problem has meant that the playmaker Hakim Ziyech has made only two substitute appearances since signing from Ajax.

With talents such as Ziyech adjusting to a new league, there has had to be experimentation from game to game. Lampard has more options than last season but is still working out where to deploy them. Havertz has played on the right, up front and latterly as a No 10. Werner has struggled on the left, with Tammy Abraham as a target man, and offered more through the middle. Pulisic, back from a serious hamstring injury, has played on the right to accommodate Mount.

Perhaps that is why Chelsea were stodgy against Sevilla. Rather than trying to be negative, they simply lacked cohesion from back to front. Relationships are still developing; tweaks to the team are still required. Inconsistencies linger.

Chelsea sparkled in attack against Southampton, who could not handle Havertz and Werner. Against Sevilla, with a clean sheet a priority, the entertainment dipped. Both ends will need to function for Chelsea to beat United. 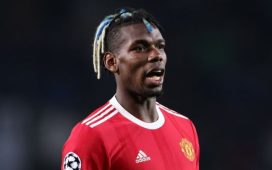 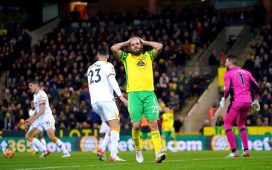 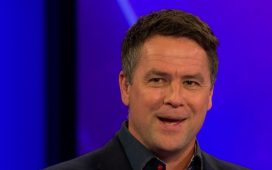 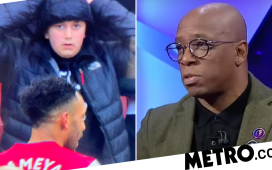