Frank Lampard has been charged with improper conduct by the Football Association due to comments he made in the wake of Everton’s 2-0 defeat by Liverpool at Anfield last month.

The FA issued a ‘Regulation and Discipline update’ statement that read: “Frank Lampard has been charged with a breach of FA Rule E3 in relation to post-match media comments that he made following Everton FC’s Premier League match against Liverpool FC on Sunday 24 April 2022.

“It is alleged that the manager’s comments constitute improper conduct as they imply bias and/or attack the integrity of the match referee – or referees generally – and/or bring the game into disrepute contrary to FA Rule E3.1. Frank Lampard has until Monday 9 May 2022 to provide a response.”

The comments in question relate to Lampard’s accusation that Everton star Anthony Gordon was wrongly denied a penalty and claimed that the referee would have pointed to the spot if the same incident occurred with Mohamed Salah at the other end of the pitch.

Lampard appeared to imply there was some kind of pro-Liverpool bias from the officials as he explained: “You don’t get them here. If that was Mo Salah at the other end, he gets a penalty. I’m not trying to create conflict; it’s just the reality of football. It was a penalty. It was a clear foul.”

Everton had already contacted the PGMOL over the incident to inquire as to why Joel Matip’s apparent push on Gordon was not enough for referee Stuart Atwell to point to the spot. This is not the first time Lampard has been particularly vocal about his frustration with the standard of officiating in the Premier League.

HAVE YOUR SAY!Was Lampard deserving of the FA charge? Comment below

After Manchester City’s Rodri looked to get away with a handball inside his own area, Lampard claimed VAR official on the night Chris Kavanagh was “a professional who cannot do his job right.”

Speaking immediately after the incident in February, Lampard claimed: “It has just been explained to me as an absolute mistake, but it hasn’t been broken down to me. That’s the reason why a lot of us managers and probably fans and people in football would love to hear the conversations between the on-pitch referees and VAR – not every conversation, but probably some of these critical ones just to see the method on how they got to the result which was a non-penalty, that’s quite hard to get your head around.

“I don’t want to hold all referees or Mike Riley to account on it. Mistakes can happen and this one was very clear and I struggle to understand how and why it happened, but I can’t ask for any more than we’ve got.” 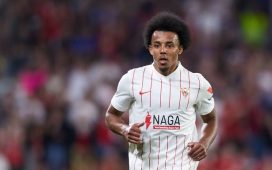 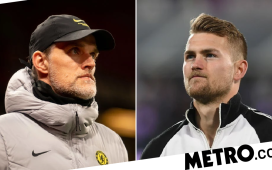 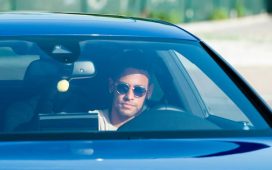 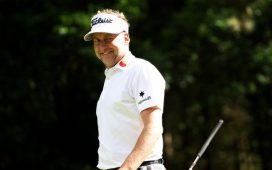