Frank Lampard says he is treated differently to other managers insists he must not be judged as the “standard-bearer” for English coaching.

Chelsea boss Lampard is only the second English manager to lead a team in two Champions League campaigns, after Sir Bobby Robson.

He believes he is judged differently in some quarters due to his nationality, and claimed he cannot be expected to lead any kind of charge for English bosses at the game’s top level.

Lampard revealed even some close confidants quizzed him on his decision to take the Chelsea job – but 15 months on he still believes he made the right call to take over at Stamford Bridge.

“I don’t feel the responsibility for the English managers’ union, but I was surprised myself when I was told that stat last week, the great Bobby Robson to be the only other English manager to have done it,” said Lampard.

“There was quite a long time when I used to hear about how English managers couldn’t get jobs in the Premier League, and there was a merry-go-round and this sort of thing.

“And hopefully there are more opportunities for them.

“With the brilliant invasion of quality coaches and players into the Premier League, sometimes I think we let our eyes go to that, sometimes it becomes new and trendy, and rightly so with managers that have achieved so much.

“But also sometimes we can have managers at home that can do the job as well.

“So I’m not seeing myself as anywhere near the standard-bearer or frontman for it, because there are great managers and young managers out there. But all I can do is do the job as well as I can.”

Thiago Silva has been rested and has not travelled to Russia, while Kepa Arrizabalaga is still missing with shoulder trouble.

Toni Rudiger could be primed for his first appearance of the season after coming back into the fold following talks with Lampard.

The former Chelsea midfielder knows there were many questions about his suitability when he took the Stamford Bridge helm, but the 42-year-old insists he has never shared any of those doubts.

Asked if he feels he is judged differently from other managers, Lampard said: “I think possibly, yes; I think when I got this job a lot of people were questioning me getting the job.

“A lot of people told me ‘are you sure you want to take it’ because of maybe opinion. And I think when sometimes people can be very quick to form opinions straight away, for whatever reason, and being a young English manager with one year at Derby some of that I understood.

“But at the same time I think sometimes we just have to judge people on face value, like we do judge any manager; it doesn’t matter where you’re from, I think all managers should be judged the same.

“I was pretty proud of what we managed to achieve last season in terms of coming in the top four, in fact I thought we could have actually done even better than that for different reasons. But I was happy with that.

“I can’t get swung on opinion though, because if you do that managing a Premier League team, if you look at opinion and read and listen to everything, it will affect you every day.

“So I just have to do the job as well as I can. And hopefully the opinions will speak for themselves.

“When I say a lot of people were wary, I think it was more about the circumstances, instead of maybe trying to just see it from the outside and feel what opinion may be, I just saw football and a club that I love.

“So there was never a doubt in my mind, albeit I always try to listen to good advice from people around me.

“In terms of do I love it? Yes. I loved last season, the challenges it brought with the transfer ban, and now with the Covid times it’s difficult times for everyone and challenges on every level.

“But in terms of the challenge as a coach and that we managed to finish in the top four, it was something I was certainly proud of from the work of the whole group, not just myself, the staff, the players, and everybody.

“And now we want to move on to further levels. And we know there are different challenges.

“I was very aware of those challenges that would come early in the season without a pre-season and with some new players, and I love that challenge every day. 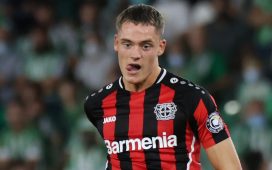 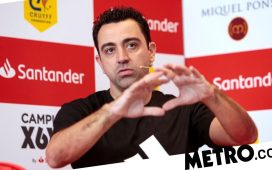 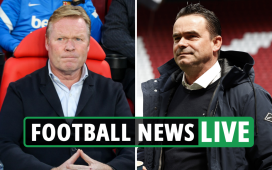 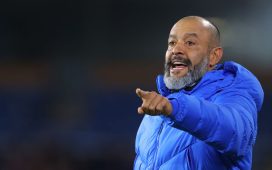 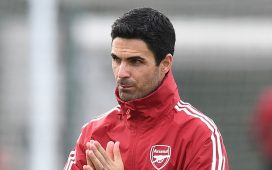 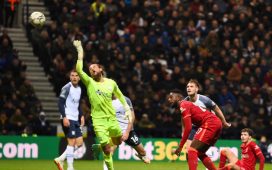