President Emmanuel Macron was facing a firestorm of criticism as figures showed his medics provided just 0.5 per cent of the 947,206 vaccinations given in the UK up until Sunday.

But distribution was slowed to a crawl by red tape rules demanding the presence of a doctor and a separate consultation before each inoculation.

French Health Minister Olivier Véran admitted yesterday that the figures were unacceptable and the public was right to be outraged.

Véran – pledging to focus on the over-75s – said: ‘We are going to amplify, accelerate and simplify our vaccination strategy.

“I will also increase orders for vaccines at European level in order to be able to increase the pace and intensity of the delivery of allocations.

“The cruising speed of vaccinations in France will be the same as our neighbors in the coming days.”

France started administering the Pfizer/BioNTech vaccine at the end of December, beginning with staff and residents in care homes before hospital staff.

Opposition MPs said it was a “national scandal” that Macron’s government had been so slow and cautious.

France is now recording record cases of the more contagious variant of Coronavirus first identified in the UK.

The EU is expected to decide on approval of another vaccine, developed by Moderna, later this week before considering the Oxford drug – which is effective, easy to distribute and cheaper.

ONE SLIP FROM DEATH

China orders military to be ready for war ‘at any second’

Anti-vaccine campaigns are also threatening French public health with only 40 per cent of French people wanting jabs compared with 77 per cent in Britain. 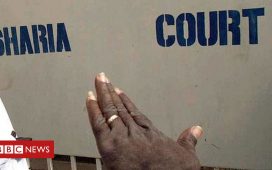 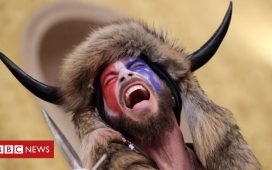 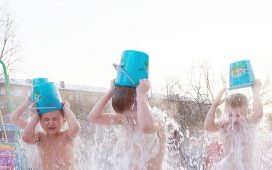 Siberian school children throw buckets of ICY WATER over themselves