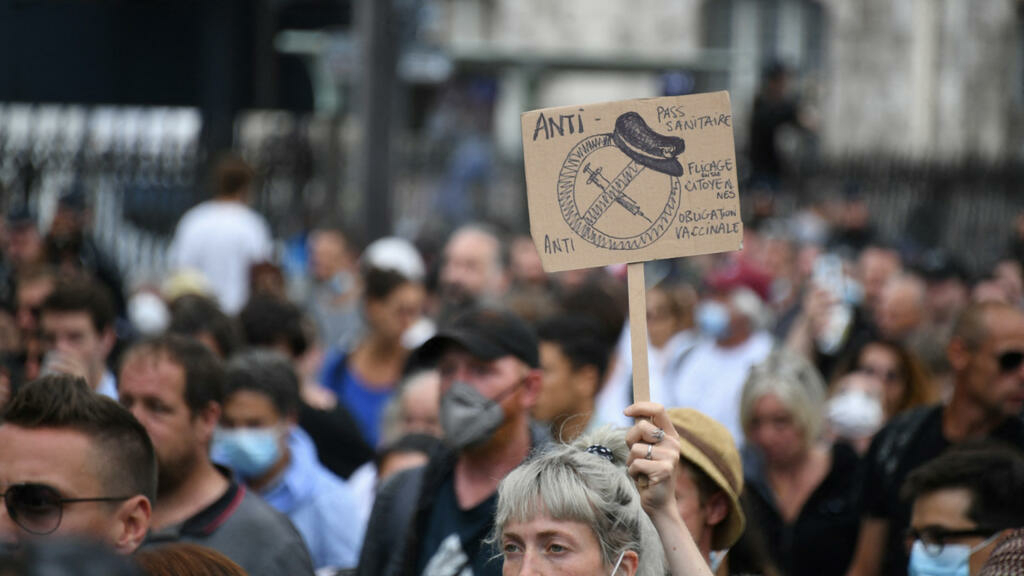 More than 150,000 demonstrators are expected to take to the streets across France on Saturday to protest against the Covid-19 health pass that is now obligatory for entrance to many public cultural venues.

More than 3,000 police and gendarmes have been mobilised to deal with the demonstrators and secure vulnerable landmarks. Protests are planned in more than 150 French cities, including Montpellier, Bordeaux, Marseille, Nice and Nantes.

According to the results of a Harris Interactive x Euros Agency study for LCI published on Friday, 4 in 10 French people say they support the demonstrations. Among those who support the protesters, 65 percent said do so because they oppose the obligatory nature of the new measures and “not having a choice”.

But according to another Ipsos-Sopra Steria survey for Franceinfo and Le Parisien on July 16, 62 percent of French people overall said they were in favour of requiring a health pass to enter public places. Some 69 percent said they supported compulsory vaccination for healthcare workers, a measure set to come into effect in France in September.

As of July 21, people wanting to enter French cinemas, museums, sporting matches and other cultural venues need to show proof of a Covid-19 vaccination or a negative test as the country battles a spike in cases from the Delta variant. The so-called health pass, or passe sanitaire, is required for all events or places with more than 50 people.

Once indoors, people can take off their face masks but masks must still be worn inside shops or businesses or on public transportation.

Beginning in August, the pass will become obligatory for access to shopping centres, cafés and restaurants – even on France’s famed outdoor terraces.

France accuses Australia and US of ‘lying’ over cancelled submarine contract

Foreigners taking our jobs? Not much chance of that now