AS energy bills soar to eye-watering rates, Brits will want to knock money off the cost of keeping warm and beat the hikes.

Customers are being battered with a record-breaking  £139 increase to their bills after the price cap rose earlier this month.

That’s on top of the millions of Brits who face a crushing £400 hike in gas and electricity bills this winter should their supplier go bust.

It means that you could go onto a higher tariff as dozens of firms go under due to the energy crisis.

But there are a number of energy myths that, despite promising to save you cash, will actually cost you more if you follow them.

We bust four myths that will shave hundreds off your bill.

Is it cheaper to put the heating on at a low level all day?

While temperatures continue to drop, Brits are puzzling over whether its cheaper to leave the heating on a low level all day or whack the heating up at specific times of the day.

There’s a debate that it could save money in the long-run – but Uswitch energy expert Sarah Broomfield says this is not the case.

This is because no matter how good your insulation is, a certain amount of energy is constantly leaking from your home.

If you have the heating on all day, you’re constantly using energy trying to replace that lost heat, which leads to higher bills.

“Typically the most energy-efficient approach to heating your home is to programme your heating system so that it comes on at times when you need it most,” she said.

“And with many of the more modern room thermostats you also have the ability to set different temperatures at different times – and even set up a separate timer for weekends.”

That means that it’s better to fork out for insulation now and save cash on your bills in the winter months.

Turning the thermostat doesn’t make THAT much difference… does it?

It can be tempting to pop the thermostat up one more notch when the weather gets chillier.

You might not think it makes that much difference, but Ms Broomfield told The Sun that you could make some big savings by being resisting whacking it up.

“Turning your thermostat down by just 1°C can save you as much as £80 a year,” she said.

It’s better to use a blanket – or put on a thicker jumper – to keep warm if you’re considering putting the heating up.

It costs too much to insulate my home

You might think that insulating your home properly means calling the builders in – and forking out a lot of money for it.

But making your home more energy efficient doesn’t have to break the bank.

We’ve rounded up six ways that you can make your home more energy efficient and it could save you hundreds of pounds.

It includes buying draught excluders for as little as £3, and applying clingfilm to your window frames – a roll can cost you just £1 in some places.

Some hacks alone can cost you just a few pounds but can save you up to a whopping £300 a year.

It means that you’ll now have to buy energy saving light bulbs – but they are usually more expensive to buy.

In fact, the EnergSavingTrust has previously estimated that it would cost £100 for a household to replace all their bulbs with LED ones.

But you could make big savings in the long-run by switching.

Homes which have LED bulbs pay £146 a year to run them, compared to halogen ones which cost £378 a year, according to research from Compare the Market.com in 2017. 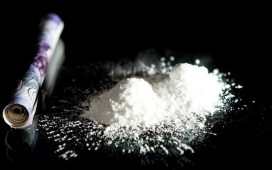