Foster + Partners has launched a sustainability manifesto that outlines its methodology for designing buildings that will go beyond current environmental certification schemes to meet the demands of the Paris Agreement.

The Norman Foster-led studio developed its evaluation methodology, which is outlined in its eight-page manifesto, as it believes that designing buildings to current environmental standards will not reduce carbon emissions enough to meet the requirements of the Paris climate agreement.

Foster + Partners calculates that even if buildings are designed to meet the standards set by current certification schemes this will still lead to a three degree celsius rise in global temperatures.

To meet the Paris Agreement’s target of limiting global temperature rise to 1.5 degrees celsius its buildings need to be more environmentally efficient.

“Our research over the past few decades has shown that even if all new and existing buildings are designed or refitted to comply with best practice, as set by the many international green building certification schemes, global temperatures would still rise by three degrees celsius,” said Chris Trott,  head of sustainability at Foster + Partners.

“Therefore, we must find ways of reducing the increase by a further 1.5 degrees celsius.”

Foster + Partners’ methodology, which will be offered to all future clients, is designed to quantify the total carbon emissions produced over the full life-span of a building, including its design, construction, fit-out and future refurbishment.

It focuses on reducing the embodied carbon in the project rather that the energy used by occupants of the building. 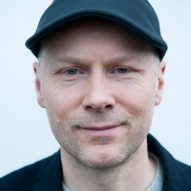 “It provides architects with tools to understand and reduce embodied carbon over the lifecycle of a project – this is generally missed by other rating schemes, while also providing tools to predict and monitor operational carbon emissions,” explained Trott.

“This enables us to make judgements to reduce carbon emissions early in the design process.”

Foster + Partners aims to make its buildings more sustainable by focusing on using less materials and choosing materials that have less embodied carbon.

“Passive strategies such as looking at massing, orientation, operational energy and occupants’ wellbeing have always been a key part of sustainable design and this must continue,” continued Trott.

Foster + Partners intends to offer its methodology to all of its clients. It hopes that by doing so it can contribute to achieving the aims of the Paris Agreement to limit the global temperature increase to 1.5 degrees celsius.

“We are now ready to offer this methodology to all future clients so that their projects can comply with the Paris Agreement,” said Trott.

“Our goal is to facilitate the global carbon neutrality targets by 2050 and limit the global temperature increase to 1.5 degrees celsius. This will be challenging but, with careful analysis and dialogue, we aim to achieve our goal of designing climate restorative buildings.”

“The most crucial device that we have is that of advocacy”

Foster + Partners launched its sustainability manifesto as architects around the world are considering the environmental impact of the buildings they design.

Earlier this year Foster + Partners was one of many British studios, including Zaha Hadid Architects and David Chipperfield Architects, joining Architects Declare, to declare a climate and biodiversity emergency.

Speaking to Dezeen Michael Pawlyn, one of Architects Declare’s founders, said that current sustainability targets were not going far enough. 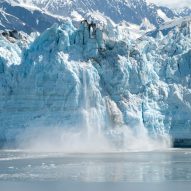 This sentiment has been echoed by architecture institutions with RIBA declaring a climate emergency, and the AIA making the climate crisis its “top priority”. However, following the announcement, Donald Trump decided to withdraw the US from the Paris agreement.

According to Trott the biggest role that architects can have in creating change is by influencing others to tackle climate change.

“The most crucial device that we have is that of advocacy,” he said. “We need to work together with our clients and other partners to create greater awareness about how we can bring about meaningful change.”

Who is the saint being sent to her death? The great British art quiz

'Water is sacred': 10 visual artists reflect on the human right to water

Occult following: tarot cards through the ages – in pictures

'I get censored four or five times a year': Paul McCarthy, art's virtuoso of vile