The lights have gone green on another season of the ABB FIA Formula E Championship and what a start we’ve had in Diriyah – my man Sam Bird is back again with another victory, Mercedes-Benz look to have brought their F1 form into FE and Porsche were another impressive newbie team.

I’m delighted to be back for another season of the most unpredictable racing Championship in the world and to be back live on the BBC, in addition to the extensive coverage on Eurosport, is a huge boost for the sport.

Formula E has increased its viewers every season and with us back on BBC iPlayer , Red Button and the website as well as Marrakesh and Rome to be shown on BBC network television more people are going to be exposed to what is an incredibly exciting Championship.

And it was a treat of a first race with a customer team, Envision Virgin Racing, coming out ahead of a killer line-up of manufacturers including Audi, who produce Virgin’s powertrain, BMW, DS Automobiles, Jaguar, Nissan, Mahindra and debutants Mercedes-Benz and Porsche. It is a fantastic line-up, the most competitive in motorsport.

Mercedes-Benz have had it all their own way in Formula One over the recent years and looked absolutely fantastic along with Porsche to both score podiums on debut. But as we saw from the race, the new regulations are going to ensure Formula E remains unpredictable.

With nine different race winners last season, the new regulations making ATTACK MODE even more powerful had a huge impact on the race. For the uninitiated – ATTACK MODE is a bit like the speed boost you get on Mario Kart. During a race you need to arm the car and then drive through a zone off the racing line, that then gives the car an extra 35kw which results in extra speed for a period of time.

Being able to tactically use that to defend or overtakes creates some amazing battles and we saw again how big an impact ATTACK MODE will have this season. Bird zooming past Edoardo Mortara for ROKiT Venturi Racing on a long straight when in the higher power mode springs to mind.

From the opening qualifying which saw the usual suspects at the front of the grid forced onto a sandy track and start from the back of the grid we knew this day was going to be another interesting one.

But it was an absolute stalwart of the championship, the newly-bearded (and what a fine beard it is) Bird, who stood atop the podium having now won a race in every season of Formula E.

I felt for poor Alex Sims who qualified so brilliantly for BMW i Andretti Motorsport and looked a good bet for a first win before he faded in the final 15 minutes to end up eighth.

Ominously Mercedes-Benz EQ were running second and third for much of the race but Stoffel Vandoorne showed his season of experience to remain in the podium place while Nyck de Vries ended in sixth ahead of his final Formula 2 race in Abu Dhabi next weekend.

Vandoorne would have taken second if it wasn’t for the wily old fox Andre Lotterer using all his experience to sneak in the final stages. The 38-year-old has more podiums without a victory than anyone else on the grid but I bet he’ll break that duck this season.

However, the day belonged to Bird this time and with the London race rounding out the season surely he’s going to have one eye on a solid attempt to become Britain’s first Formula E champion and doing it in front of home fans. He would deserve it having raced in every Formula E race.

London is going to be special anyway with cars speeding round the Royal Docks and inside and outside of the ExCeL but a Bird victory would make it all the more sweet. Make sure you get your tickets for July 24/25 now.

What a season we have ahead of us though. We have a little Christmas break after the second race before returning in January. We’ll be visiting some incredible locations again with new cities Seoul, Jakarta and London being added to the calendar.

We’ll be back for the second race of the season opening weekend on Saturday live at 11:30am on the BBC platforms so please tune-in and give Formula E the chance to get you hooked like millions of others worldwide – a group I’m proud to say I’m part of! 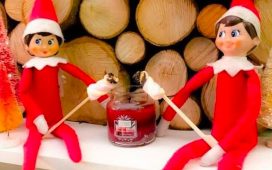 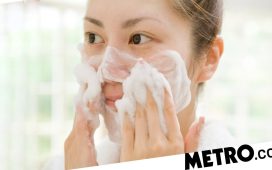 Everything you need to know about double cleansing