We’ve all relied on our delivery drivers this year, after tiers and lockdowns meant we often couldn’t go to the shops in person to get various items.

The pressure they’ve been under to pack and drop off more items – alongside other restrictions – can’t be underestimated. In fact, it caused this newbie driver to quit the business altogether.

However, by 18 December he had already left, sharing his reasons why online.

The 23-year-old posted photos showing the volume of parcels he was expected to sort outside his vehicle at a depot in Greenford in London, an activity which took him up to 45 minutes – and for which he says he was not paid.

According to Matt, drivers were expected to sort these parcels outside, with pictures showing how some would have to sit the packages on the ground near their car boots.

Matt explained: ‘You take out your assigned round to your car, and you have to scan all these parcels and ideally order them so you can load up efficiently.

‘Each of those parcels is worth 50p and boxes are £1, so before you even deliver them you have to faff around sorting them.

‘For me at least, it seemed like a lot of unpaid work, and you want to do it as quickly as possible or else you’re literally losing time and money.

‘Plus obviously it’s not a great look when you have the parcels on the floor and you’re trying to stuff them in your car.’

After sharing the pictures on Facebook this week, thousands of comments poured in from customers of the company, shocked at the scene or their potential purchases strewn on the ground.

Matt also claimed that he was told he would not be paid for 20 parcels he delivered on his first day as this was classed as training, something that was not mentioned in his induction email.

He also claimed he felt pressured to take on more work, despite it being a freelance role (which he confirmed to Metro.co.uk that he ‘officially’ resigned from over the phone yesterday).

Speaking to Deadline News he added: ‘I found out that I wouldn’t be getting paid for any of the day before as the induction round was classified as “training”. Even though I delivered 20 parcels for them, some of them were for Hermes.

‘This means that, had I not refused to deliver another hour’s worth on the first day, that round would also have been unpaid. To me, they tried to cheat me into giving them free labour and that really sent me over.

‘I didn’t care about losing money, it was more the principle of trying to take advantage of me like that.’

Since the post, Deliveries247 has agreed to pay Matt for the ‘trial shift’ he completed, which he says: ‘contradicts what [his] direct manager said’ initially.

A spokeswoman for Deliveries247 said: ‘Once basic training has finished, drivers are then given the option to go live delivering up to 20 Parcels max in which Matt had agreed to do so.

‘At Deliveries247 we do not pressurise our drivers to do extra work. However, when Matt returned to the Depot, he was given the option to deliver more parcels.

‘I have looked through our deliveries inbox and cannot find any email from Matt Solomons regarding his resignation.

‘All parcels scanned and delivered under Matt Solomons’ driver number will be calculated, and payment will be made on Tuesday 12 January 2021 into the bank account he provided.

‘I have already discussed this with Matt earlier today who sincerely apologised for his behaviour towards Hermes/Deliveries247 code of conduct and had agreed to remove the post from social media.’

However, Matt says he only apologised for the ‘distress’ the post caused, and that it was removed against his will.

A spokeswoman for Hermes said: ‘Mr Solomons does not have a contract with Hermes, but he may have provided services for one of our self-employed couriers, who would be responsible for his payment and terms of business.

‘We are unable to comment further on any dispute between two independent parties.’

Metro.co.uk have contacted Deliveries247 and Hermes for additional comment, and will update this piece with more information after a response is received.

READ  A private tropical island in Fiji is selling for £4.6 million
Share on FacebookShare on TwitterShare on PinterestShare on Reddit
newscabalJanuary 2, 2021 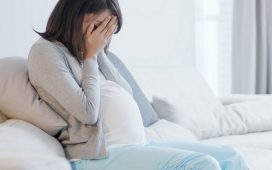 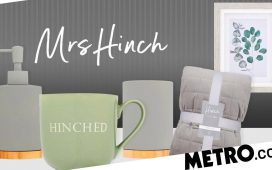 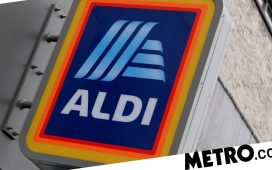 Aldi is selling 99p beers that should have gone to pubs

New York's Chinatown pulls together to brighten the Covid darkness