How many times have you uttered the words: ‘I’ve got imposter syndrome?’

Let’s be honest – we’ve probably all said it at some point. But does imposter syndrome really exist?

As coaching professionals, we have seen many clients who experience feelings of being an ‘imposter’. We’ve experienced it ourselves at times – perhaps when we’ve stood in front of an audience feeling like we shouldn’t be there, worrying in case someone calls us out.

In fact, it’s estimated that 70% of people have experienced, or will experience it at some point in their life.

But we want to stamp out the term ‘imposter syndrome’. At the end of the day, ironically, it’s the word ‘syndrome’ that’s the real imposter here – not you!

The definition of syndrome is ‘a set of medical signs and symptoms that are correlated with each other and often associated with a particular disease or disorder.’

Think about it: when you’ve felt that you’ve had ‘imposter syndrome’, did it feel as if you had some kind of disease or disorder? Was it something you caught from someone? Were you given a pill or a cream for it?

If the answer’s ‘no’ (as we’re pretty sure it will be) then it’s clear you don’t really have this ‘syndrome’ at all.

This might sound like semantics – it’s just a word, after all, and, regardless of the words we use, these feelings are very real aren’t they?

Well, yes. But language impacts how we think and feel and, ultimately, how we respond to those thoughts and feelings. By labelling them as a syndrome we are training ourselves to believe in these feelings and adding more intensity to them.

A self-diagnosis of a syndrome provides a bit of a self-fulfilling prophecy. You’re already worrying about not quite living up to other people’s expectations and then, to add to these fraudulent feelings, you believe you have a ‘syndrome’ as well, as though you’re ‘broken’.

For some reason, you’re failing to see just how brilliant you really are or how much you’re capable of

Once we’ve told ourselves that we have ‘imposter syndrome’, it’s easy to think of it as a ‘thing’ we will always have to live with – like a shortcoming.

But it’s not. There’s nothing wrong with you. You’re not lacking. You’re just experiencing a difficult situation or not feeling your best. So you need to give yourself a break. It’s not a syndrome – it’s more an experience or a phenomenon.  It’s changeable and you don’t always have to feel this way.

Rather than labelling yourself, why not look at why you’re feeling uncomfortable? What’s the reason behind it?

It’s normal to start a new job and feel a bit out of your depth, such as doubting your abilities and wondering if you’ve somehow blagged your way in by over-performing at interview. But you can have some control and influence over it. We are, after all, capable of creating our own feelings – so why not try to create positive ones?

Of course, we’re not saying these feelings of being an imposter don’t exist – we’re just saying we should look at them, and respond to them, differently. Yes, it’s uncomfortable and yes, it can negatively impact your confidence and happiness. But you don’t need to be fixed.

If we break these feelings down and look at them in simple terms, what we are actually dealing with is self-doubt. You do all these amazing things but you put it down to luck, rather than talent or experience. You manage to win a great business pitch but you decide it’s more to do with the fact that the client liked what you were wearing that day or because you support the same football team.

For some reason, you’re failing to see just how brilliant you really are or how much you’re capable of. This can stop you from trying to achieve the things you want to achieve in life because you don’t believe you belong where you want to be.

Conversely, imposter phenomenon can also have the opposite effect and see you relentlessly trying to achieve perfection. So you did go for that management position in the end and guess what – you got it! But you’re so convinced you’ve been appointed by mistake that you go out of your way to be the very best, most perfect person you can be.

Working at this lofty height, given the fact that none of us are actually perfect, can only result in disappointment and significant burnout, as well as possible stress, anxiety or low mood. At this point, you may really be at risk of being diagnosed with a syndrome!

So it’s time to drop the word ‘syndrome’. There is nothing wrong with you and you have every right to be in the job you’re in or to accept the award somebody has nominated you for.

It might feel that you can’t shake these feelings, but by dropping the label you’re removing their energy and you will start to feel a difference. Turn the volume up on the positive stuff. You got that job. Nobody needs to be perfect and nobody should be in a job in which they have nothing to learn. How dull would that be?

Don’t mess up your life with unhelpful stories – remind yourself of what you have achieved and don’t create excuses about luck or being in the right place at the right time. You did it. Enjoy it, celebrate it, learn and grow.

You can take part in Ruth’s webinar on ‘imposter phenomenon’, a chapter of her online coaching programme ‘My Mental Wealth’, by visiting the This Girl is on Fire website.

Paul Mort’s new audio book, Paul Mort Will Save Your Life, is available on Audible.

MORE: I have Social Impostor Syndrome and it’s holding me back – but it ends today

MORE: How to cope with career anxiety amid a pandemic 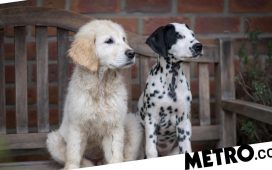 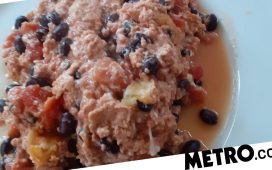 It only took a lockdown, but age 25 I’ve finally learned how to feed myself