Ford has expanded its Transit range with the introduction of new variants including the off-road-focused Transit Trail.

In total, three new Transits are offered, the Transit Trail, Transit Custom Trail and Transit Custom Active. Ford says they are designed to operate in tougher working environments such as those encountered by “businesses that operate off the beaten track” and adventurous families.

The Trail variant, which is the most hardcore, adds a mechanical limited-slip differential – developed in partnership with technology specialist Quaife – to Ford’s popular commercial vehicle. It also comes with the option of four-wheel drive as Ford seeks to improve the van’s off-road credentials.

In addition, the Transit Trail brings a rugged new exterior look that includes an extra black bumper and side panel cladding, while the matte black front grille is bulked out with the addition of giant ‘Ford’ lettering to reinforce its all-terrain ability. 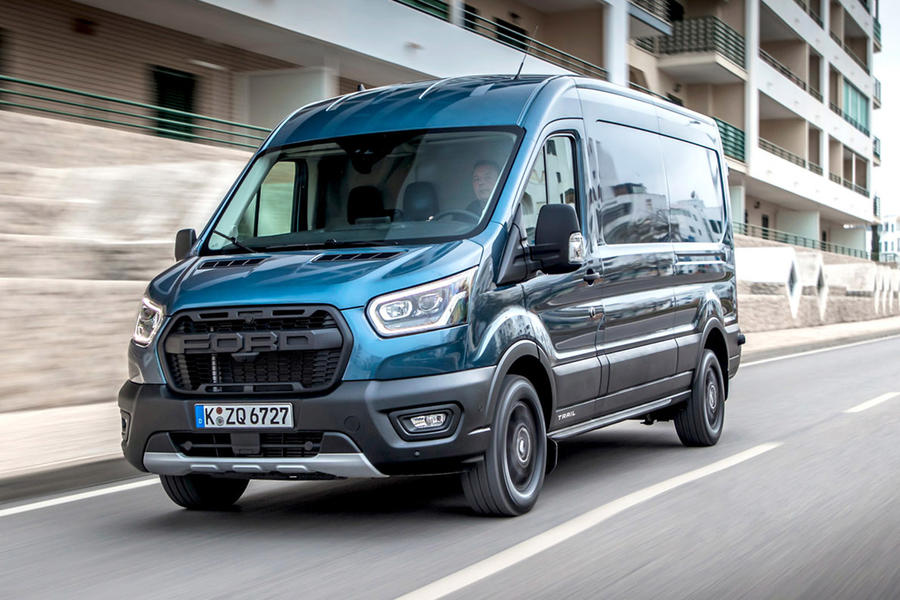 Customers can also get the Trail upgrade for Ford’s smaller Transit van, the Transit Custom. Sharing much the same exterior features as the larger van, the Transit Trail Custom can be specified with roof rails and running boards. However, four-wheel drive is restricted to the full-size model.

The other important difference between the standard and Custom Trail vehicles is that the former is powered by a 2.0-litre four-cylinder turbodiesel engine, which produces 128bhp, 168bhp or 182bhp, depending on model and specification, whereas the latter can be optioned with a 48V mild hybrid. Both ride on 16in alloy wheels.

For buyers who want more muscular looks but don’t intend to venture off road, the Ford Transit Custom Active specification is also offered. These vehicles have an SUV-inspired exterior, including 17in alloy wheels, a revised grille and extra cladding. The Active variant is also available on Ford’s other commercial vehicle, the Tourneo.