NEWSCABAL
Home » For the first time, Instagram reveals how it uses AI to tailor the Explore tab to individual users
science

For the first time, Instagram reveals how it uses AI to tailor the Explore tab to individual users


For the first time ever, Instagram reveals how it uses AI to tailor the Explore tab to individual users based on past likes and saved posts

By Michael Thomsen For Dailmail.com

Today, Instagram shared for the first time details on how it chooses pictures and accounts to recommend its users like or follow in the app’s popular Explore tab.

The Explore tab is customized to each user, based on data gathered from their past likes and saves.

According to Instagram, this means that the more a person actively engages with the app, the more accurate and usable the app’s recommendations become—at least, in theory. 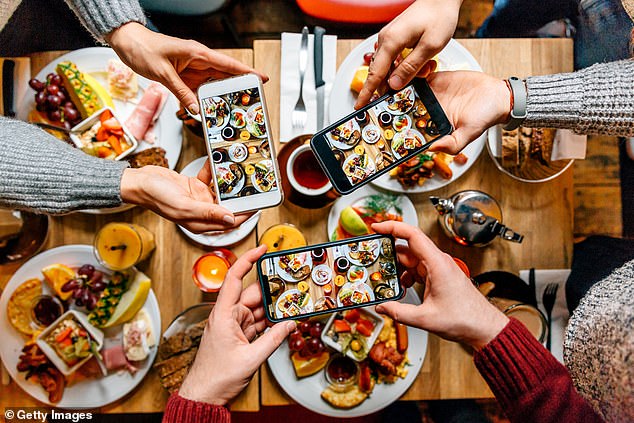 Instagram uses AI to group users according to shared interests based on word choice and past likes, and then uses that data to predict other kinds of content that they’ll be interested in to populate the Explore tab

In a group post on Facebook’s Artificial Intelligence blog, Instagram’s Ivan Medvedev, Haotian Wu, and Taylor Gordon write that they want Explore ‘to be a place where people can discover a rich balance of both new interests alongside existing interests.’

To accomplish this goal, the company first had to create its own new computer language, Instagram Graph Query Language, or IGQL, which they used to help catalog user data of both short-term and long-term habits.

They built a multi-tier artificial intelligence system capable of making 90 million model predictions per second to analyze the huge stores of user data.

The AI begins by analyzing words usage of its target user and then gathering a selection of ‘seed accounts,’ which have posted or interacted with content that exhibits similar word use habits. 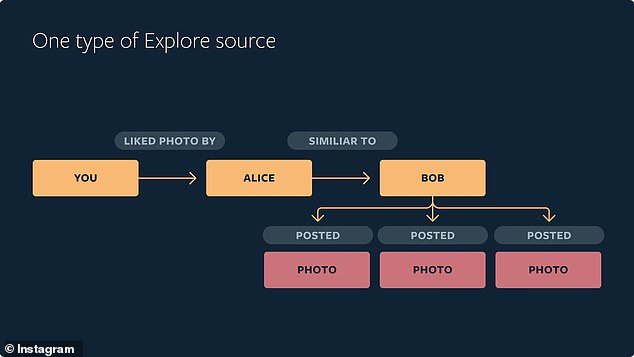 When a user likes a photo by another user, Instagram’s AI can pull up other accounts that have similar properties and then analyze posts by that third user to see if any of their photos might be worth putting in the Explore tab 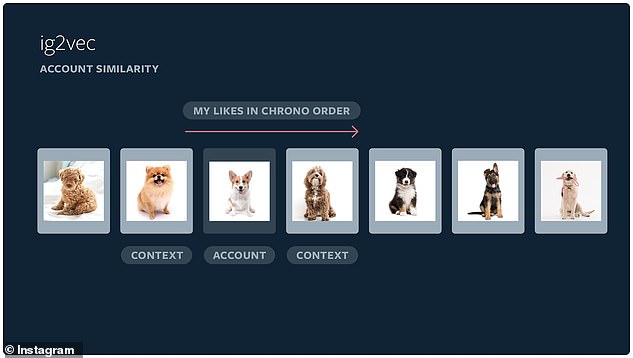 Instagram considers both short-term user behavior, and long-term liking patterns to try and generate the most accurate model for predicting a person’s likes

500 posts are culled from these seed accounts, which the AI then whittles down in a series of passes, from 150 to 50, and finally to the 25 most relevant posts, which are then presented in the Explore tab.

The AI can adapt to a number of variables on the fly, such as creating a selection that’s more similar to the posts a user likes or adding in selections that have more in common with the posts a user saves but doesn’t like. 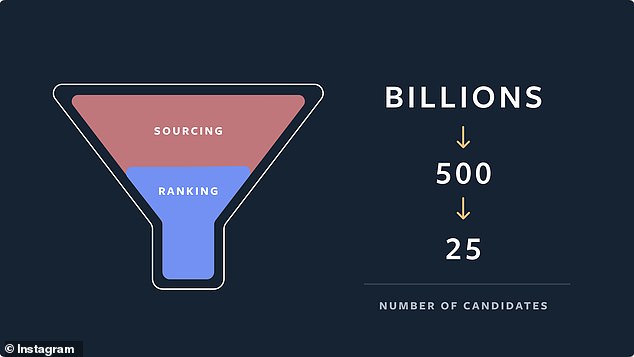 Instagram’s AI culls billions of potential posts into a smaller group of core ‘seed’ accounts, then selects 500 posts from those accounts to further analyze, before ultimately producing 25 photos to populate the Explore tab with

Instagram also uses a penalty system for multiple posts from the same account to ensure the lists aren’t overtaken by a small number of accounts who have a strong affinity for a user’s preferences.

The company also filters out any posts it suspects of violating its policies or flags as misinformation.

WHAT IS INSTAGRAM DOING TO CRACK DOWN ON FAKE ACCOUNTS?

Instagram has launched a crackdown on fake accounts, introducing a new feature showing users information about who is really behind a username.

The Photo-sharing app’ more than 1 billion users will now be able to evaluate the authenticity of accounts, weeks after parent Facebook rolled out similar measures in a bid to weed out fake accounts on its social media platform.

The ‘About This Account’ feature will allow users to see the advertisements an account is running, the country where the account is located, username changes in the past year as well as other details.

To learn more about an account, go to their Profile, tap the … menu and then select ‘About This Account.’

There, you will see the date the account joined Instagram, the country where the account is located, accounts with shared followers, any username changes in the last year and any ads the account is currently running.

Along with the account username, applicants will need to provide full real names and a copy of legal or business identification.

Instagram also said it will allow the use of third-party apps such as DUO Mobile and Google Authenticator for two-factor authentication to help users securely log in to their accounts.