For Pyongyang, pandemic more harmful to trade with China than international sanctions


Bilateral trade dropped by 73 per cent in the first nine months of 2020, and drop further to 80 per cent by the end of the year. In 2018, restrictions imposed on North Korea over its nuclear programme led to a 57.4 per cent reduction in trade. The recent collapse is due to tighter North Korean border controls. Meanwhile Kim Jong-un ordered a lockdown in the capital, South Korean sources say.

Seoul (AsiaNews/Agencies) – The COVID-19 pandemic is more harmful to trade between North Korea and China than international sanctions, this according to the Korea International Trade Association (KITA), an umbrella organisation for most of South Korea’s international trade community.

Trade between the China and North Korea in the January-September period was down 73 per cent from a year earlier, and should drop by 80 per cent by the end of the year. The collapse is due to North Korea’s tight border controls to fight the pandemic.

So far this year, exports and imports between the two countries was worth US$ 530 million in the first three quarters of the year, US$ 490 million in imports by North Korea, a sign of its complete dependence on its bigger neighbour.

Last year, bilateral trade with China represented 95.4 per cent of total North Korea foreign trade; in 2007 the share was 67.1 per cent.

Due to the restrictions imposed by the international community to contain the North Korean nuclear and missile programme, Beijing has become Pyongyang’s only real partner. But the pandemic has deprived North Korean leader Kim Jong-un’s of China’s life support.

In the first three quarters of 2018, immediately after a tightening of sanctions imposed by the United Nations, the volume of trade between North Korea and China fell by 57.4 per cent.

As a result of tight border controls, North Korean authorities report no COVID-19 cases in the country.

Citing their own intelligence, some South Korean lawmakers said yesterday that Kim has locked down the capital and other provinces of the country, as well as imposed a ban on sea fishing. Schools were closed as well to avoid community transmission. 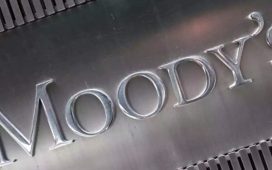 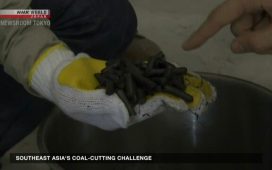