Stockport’s Connor Jennings was diagnosed with a rare form of cancer earlier this year but he made a triumphant return on Tuesday night, adding the gloss to a 5-0 win in the National League 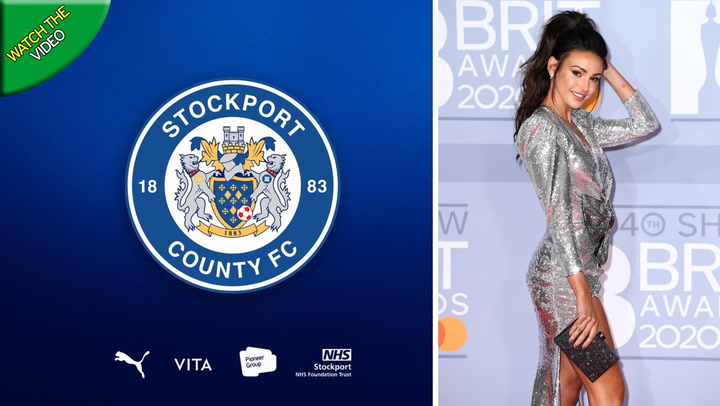 Connor Jennings made a fairytale goalscoring return to action, nine months after his cancer diagnosis.

The Stockport County striker was diagnosed with a low-grade chondroid sarcoma back in March this year. The rare form of cancer was identified after an MRI scan located a tumour within his upper arm.

Since then the 30-year-old has been receiving treatment and has since worked his way back to full fitness.

On Tuesday night Jennings made his first appearance for the National League side since February.

And it was the dream return as he climbed off the bench for the final nine minutes of the game – and capped it off by scoring.

Can Stockport clinch a return to the EFL this season? Let us know in the comments section

Jennings added the icing on the cake as County ran out rampant 5-0 winners at home to King’s Lynn Town.

An emotional Jennings, speaking post-match, summed up his delight.

He said: “I probably didn’t think I’d get a moment like that again in my career.

“It’s been a rollercoaster. But you’ve always got hope, and the entire football club has been great to me through this entire period.”

The former Scunthorpe and Tranmere forward received an outstanding ovation from the crowd upon his introduction in the 81st minute.

With the hosts already 4-0 up at the time of his introduction Jennings added gloss with a smart finish in stoppage time.

His manager, Dave Challinor, admits he was delighted to see Jennings make such a positive return to action.

He said: “It’s good to be able to bring him on. When you go through what he’s been through, nobody could describe that feeling for him.

“He’s worked unbelievably hard, he’ll get more minutes tomorrow (a friendly with Burnley ) and he’ll continue on his road back.”

The win on Tuesday puts Stockport up to ninth in the Vanarama National League and in touch with the promotion spots.

“It’s always on your minds to go and get more goals, but equally it’s important to be solid all over the pitch.

“To do that and still go and get goals, I thought it showed a real control from us.”

The win was the latest in what is becoming a memorable season for the Hatters.

The week prior they dumped League One Bolton Wanderers out of the FA Cup. Challinor’s side beat the Trotters 5-3 after extra-time in a pulsating first round replay that saw more than 10,000 in attendance at Edgeley Park.

They travel to League One leaders Rotherham United in the FA Cup second round on Friday, December 3.