Pep Guardiola could be due for an eye-catching link-up with Sergio Ramos, with Manchester City reported to be keeping a beady eye on the Real Madrid veteran’s contract situation. The defender’s current deal at the Bernabéu runs out in June and he could leave for free if the current haggling over his wages is not resolved. ESPN reports that City regard the 34-year-old Ramos as an “interesting” option in defence, and would be prepared to pony up his considerable wage demands given he would cost nothing in transfer fees. But fellow big-spenders Paris Saint-Germain are also interested.

Christian Eriksen’s failure to pull up trees since his move to Internazionale last year has inevitably got the mill churning. Potential suitors include Arsenal, Atlético Madrid, Wolves and the midfielder’s former club Ajax. Inter want rid too, so watch this space.

Let us return to the subject of Arsenal and German No 10s: the Gunners have “genuine” interest in signing the Borussia Dortmund creative midfielder Julian Brandt, according to football.london and the Bundesliga club could sanction a £22m move for the 24-year-old this very month.

Liverpool have been linked with the young Juventus defender Merih Demiral as they look to shore up their injury-hit back line. The 22-year-old Turkish international has struggled to make an impact in Serie A this term, making only five appearances, and Juve wouldn’t turn down offers of £45m and above for Demiral. The Premier League champions could face competition from Tottenham, mind. Talking of Spurs, among the players they may be prepared to ship out this month are Dele Alli (see Rumours passim), Danny Rose and the goalkeeper Paulo Gazzaniga, who hasn’t played for nearly 10 months.

Manchester United are keen on the free-scoring Sporting Lisbon midfielder Pedro Gonçalves, according to the Daily Star. The 22-year-old has scored 11 times for Sporting this season, attracting the attention of Premier League scouts. If United don’t land him, there’s always the 19-year-old Ecuador international Moisés Caicedo, currently at Independiente del Valle in his homeland.

The form of the Reading full-back Omar Richards this season has attracted the attention of Bayern Munich, no less. The Telegraph reports that the European champions are in talks with the Championship promotion contenders about a move in the summer. Everton are also keen on the England under-21 international. Reading for their part are eager to secure a loan deal for the young Chelsea attacking midfielder Izzy Brown, who is currently at Sheffield Wednesday but struggling for game time.

Elsewhere in the Championship, Huddersfield are closing in on a loan deal for the Newcastle winger Rolando Aarons in what would be the sixth such move in Aarons’s Newcastle career. Steve Bruce will also entertain offers for Henri Saivet, Christian Atsu and Achraf Lazaar.

In the women’s Championship, Liverpool are poised to sign the striker Melissa Johnson from their promotion rivals Sheffield United. Johnson’s 12 goals last season helped Aston Villa gain promotion to the Women’s Super League last season before her summer switch to the Blades. 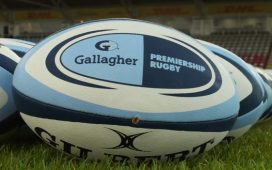 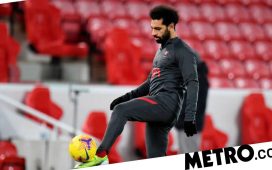 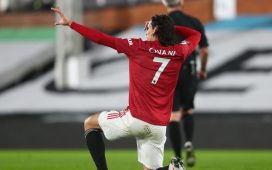 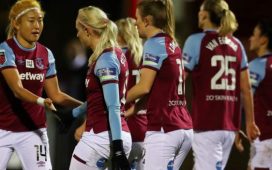 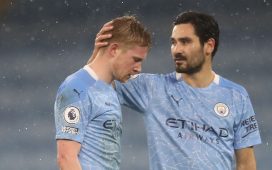